I am a philosopher -- officially Professor of Philosophy in the Department of Linguistics and Philosophy at MIT. I write about ethics, and about practical rationality, and about metaphysics, and about connections between them.

Here is my CV. Links to my books and drafts of all my so-far published articles are below. I also teach a MOOC. You can find it here.

Living in a Strange World
Under contract with Oxford University Press

My most recently published book. Its aim is to derive a substantial theory of normative ethics from some very spare, uncontroversial assumptions about rationality, benevolence and essence. 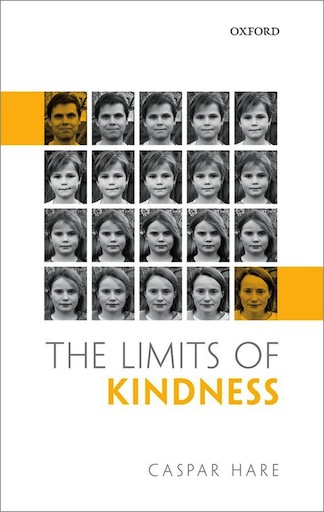 On Myself, And Other, Less Important Subjects
Princeton University Press, 2009

My book about the metaphysics of the self, ethical egoism and identity through time.


This paper offers a solution to a paradox that has, in various forms and guises, haunted ethics for the past thirty five years. I will welcome comments on it (just email me).


'The Paradox of Infinite Distrust'


This is an in-progress paper on epistemology in an infinite world. I will welcome comments on it (just email me).

This is about whether and how act-consequentialists can deal with the fact that, often, the consequences of acts are indeterminate.

This is a paper I wrote for a conference on HIV research ethics. It has to do with how much risk we should expose our research subjects to, when the evidence on which we base our assessments of risk is fragmentary, conflicting or sparse.

Yes we should. This paper is about decomposable acts and beneficence.

This paper, co-authored with Brian Hedden, is about (really against) theories that say that sometimes what you ought to do depends on what you believe you will do.

This is a paper based on comments I gave on Francis Kamm's 2011 book Ethics for Enemies: Torture, Terror and War?. It is about when, if ever, it is okay to torture.


'Time: The Emotional Asymmetry'
in A Companion to the Philosophy of Time, Bardon, Dyke eds., Wiley Blackwell 2013

This is about whether, when we don't give to charity, we can take consolation in the thought that no person is worse off for our not giving.


'Obligation and Regret When There is No Fact of the Matter About What Would have Happened If You Had Not Done What You Did'
Noûs 45, no. 1, 2011

This is about conditional under-specification and the objective ought. Moral: sometimes there is a difference between what there is most reason for you to do and what a fully informed, benevolent observer would want you to do.

I raise a problem about you ought to behave, when you have sweetening-insensitive negative preferences (when you lack preferences between items, and still lack preferences if one item is mildy improved). For decision theorists, this problem gives rise to a fork in the road. I present two ways to extend standard decision theory so as to accomodate two different solutions to the problem.

This paper may serve as an introduction to some of the ideas in my 2009 book.

This is a more general paper about inter-personal aggregation -- trading off costs and benefits when the people who suffer the costs are not the same as the people who reap the benefits. Loosely the idea is that, because the space of all metaphysically possible states of affairs is exceedingly rich in detail, and because identity across possible states of affairs is a slippery thing, pure benevolence (wanting things to be better for particular people) commits us to aggregating inter-personally.


'A Puzzle About Other-Directed Time Bias'
Australasian Journal of Philosophy 86, no. 2, June 2008

I want my pains to be behind me and my pleasures ahead of me. Should I want the same for other people? Yes, in spite of prevalent intuitions to the contrary.

This is my argument for the claim that morality and rationality, together, are very demanding indeed. It is much harder than you think to be morally decent and rational.

This paper turned into the first section of my 2009 book. 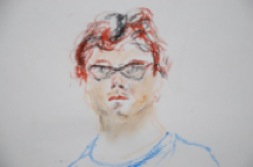