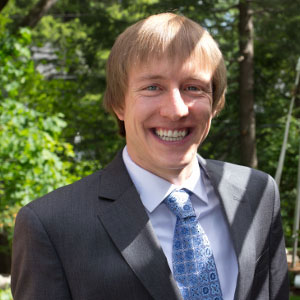 The Stanton Fellowship in Nuclear Science and Security was created to honor the legacy of Frank Stanton, an American broadcasting executive who served as the president of CBS from 1946 to 1971 and then as vice chairman until 1973. He also served as the chairman of the RAND Corporation from 1961 to 1967, where he became familiar with the dangers of the nuclear arms race. His foundation has made the mitigation of nuclear weapon danger one of its primary missions.

Brian Henderson was selected as the inagural Stanton Fellow for his exemplary technical skill and interest in applying science to problems of international security. He received his bachelor’s degrees (summa cum laude) in physics and mathematics at Rice University in 2010, where his research included electronics for particle and atomic physics applications as well as inorganometallic chemistry. Additionally, he worked on the development of low-emittance electron beam sources for the Cornell University Energy Recovery Linear Accelerator project. His Ph.D. thesis work at the MIT Laboratory for Nuclear Science (scheduled for completion in mid-2016) focused on questions of the electromagnetic structure of the proton on the OLYMPUS experiment, which took data in 2012 at DESY in Hamburg, Germany. He worked on many aspects of the experiment, including the development of highly detailed Monte Carlo simulations, construction and calibration of particle detectors, event reconstruction, and precision luminosity measurements.