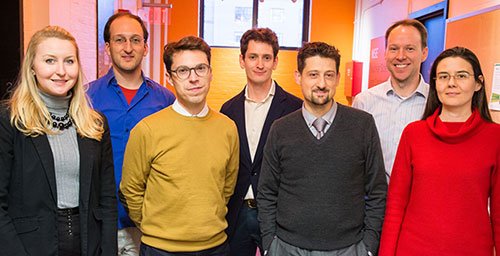 As a holder of not one but four degrees from MIT — one in aerospace engineering and three in electrical engineering and computer science — it’s not entirely surprising that John Hardwick, when deciding on where to direct his philanthropy, chose his alma mater. What is more surprising, perhaps, is the nature of his gift: a career development chair for young faculty in the Department of Nuclear Science and Engineering.

“I wanted the money I give to go to one of the big problems that the country and the world have today, and I see sustainable energy as one of them,” says Hardwick, co-founder and president of Westford-based Digital Voice Systems, Inc. (DVSI), a company specializing in speech compression technology. One of the things Hardwick especially liked about NSE — which contributes not just to energy generation but to security, advanced materials, and quantum engineering — is that it’s a young department; more than 50% of the 16 faculty are 40 years old or younger.

“NSE seems poised to do great things,” says Hardwick. “I felt like my gift would have a big impact there.”

It was during the last semester of his senior year that Hardwick met the professor with whom he would continue to collaborate through the writing of his bachelor’s, master’s, and doctoral theses, and with whom he is business partners today: Dr. Jae Lim. Lim — who also holds numerous degrees from MIT, and has been on the faculty since 1978 — had been working on a “nugget of an idea,” multiband excitation (MBE) speech coding, when Hardwick joined his lab.

“We were looking at speech as a mixture of periodic energy plus noise,” Hardwick recalls. “We saw that those two things could be mixed together in a frequency-dependent way and make a very realistic model for speech production and compression.”

That nugget, he says, led to “everything.” In 1988 he and Lim co-founded DVSI, which uses its patented technology to produce low-data-rate, high-quality speech compression products for wireless communications in challenging environments — atop Mt. Everest, say, or in a desert in Afghanistan. In addition to satellite phones, DVSI products can be found in almost all the country’s public safety communications systems — that is, the mobile radio used by police, fire, and rescue teams. On a recent visit to New York City, Hardwick saw a DVSI-based radio in an exhibition in the 9/11 Memorial Museum.

As a self-described “under-applied” high school student, Hardwick says MIT was the right place for him: “It allowed me to apply myself in the way I was meant to.” He found his graduate years — concentrating on a project deeply, working with people from all over the world — to be especially rewarding. “I think of research as core to MIT,” he says, “and graduate students as integral to that core.”

Hardwick hopes his gift will enable well-trained engineers to find ways to direct the country toward solutions to the problems of energy. “If we’re planning to be on the planet for a few thousands years, there’s got to be some role for nuclear engineering and nuclear science in our energy mix. MIT has the resources and the minds, the history and commitment” to make nuclear part of the solution, he says.

“This gift,” he adds, “is a nice loop back to the institute. My education turned into a commercial opportunity, which in turn is coming back to MIT to educate others.”