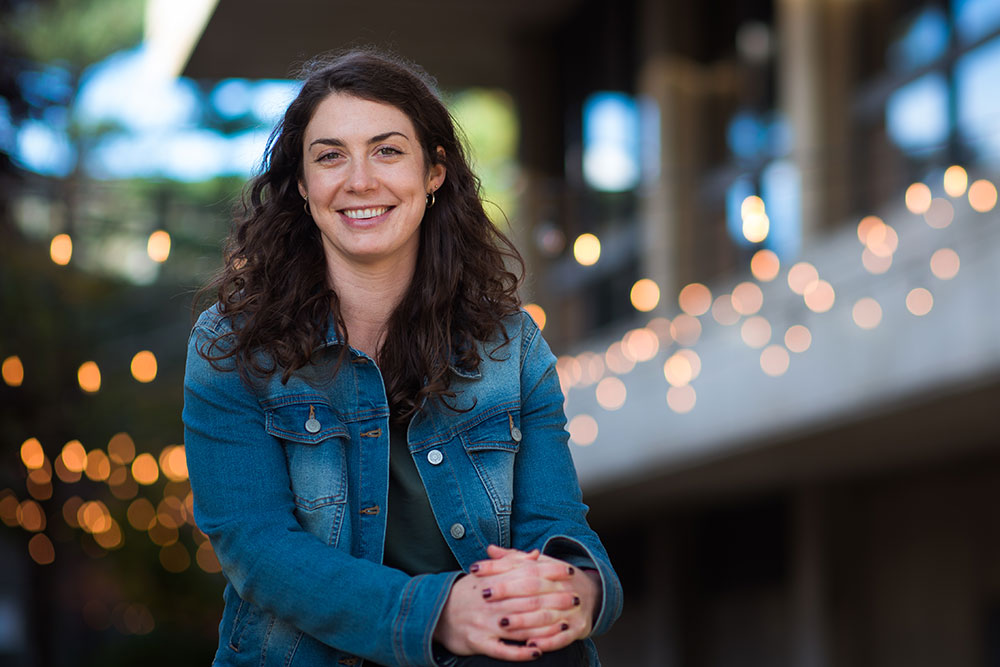 Up until she served in the Peace Corps in Malawi, Rachel Bielajew was open to a career reboot. Having studied nuclear engineering as an undergraduate at the University of Michigan, Ann Arbor, graduate school had been on her mind. But seeing the drastic impacts of climate change play out in real time in Malawi — the lives of the country’s subsistence farmers swing wildly depending on the rains — convinced Bielajew of the importance of nuclear engineering. Bielajew was struck that her high school students in the small town of Chisenga had a shaky understanding of math, but universally understood global warming. “The concept of the changing world due to human impact was evident and they could see it,” Bielajew says.

Bielajew was looking to work on solutions that could positively impact global problems and feed her love of physics. Nuclear engineering, especially the study of fusion as a carbon-free energy source, checked off both boxes. Bielajew is now a fourth-year doctoral candidate in the Department of Nuclear Science and Engineering (NSE). She researches magnetic confinement fusion in the Plasma Science and Fusion Center with Prof. Anne White.

You need to confine plasma effectively in order to generate the extremely high temperatures (100 million °C) fusion needs, without melting the walls of the tokamak, the device that hosts these reactions. Magnets can do the job but “plasmas are weird, they behave strangely and are challenging to understand,” Bielajew says. Small instabilities in plasma can coalesce into fluctuating turbulence that can drive heat and particles out of the machine.

In high confinement mode, the edges of the plasma have less tolerance for such unruly behavior. “The turbulence gets damped out and sheared apart at the edge,” Bielajew says. This might seem like a good thing but high-confinement plasmas have their own challenges. They are so tightly bound that they create edge-localized modes (ELMs), bursts of damaging particles and energy, that can be extremely damaging to the machine.

The questions Bielajew is looking to answer: How do we get high confinement without ELMs? How do turbulence and transport play a role in plasmas? “We do not fully understand turbulence even though we have studied it for a long time,” Bielajew says, “It is a big and important problem to solve for fusion to be a reality. I like that challenge,” Bielajew adds.

A love of science

Confronting such challenges head on has been part of Bielajew’s toolkit since she was a child growing up in Ann Arbor. Her father, Alex Bielajew, is a professor of nuclear engineering at the University of Michigan and Bielajew’s mother also pursued graduate studies.

Bielajew’s parents encouraged her to follow her own path and she found it led to her father’s chosen profession: nuclear engineering. Once she decided to pursue research in fusion, MIT stood out as a school she could set her sights on. “I knew that MIT had an extensive program in fusion and a lot of faculty in the field,” Bielajew says. The mechanics of the application were challenging: Chisenga had limited internet access so Bielajew had to ride on the back of a pickup truck to meet a friend in a city a few hours away and use his phone as a hotspot to send the documents.

A similar tenacity has surfaced in Bielajew’s approach to research during the COVID-19 pandemic. Working off a blueprint, Bielajew built the Correlation Cyclotron Emission Diagnostic, which measures turbulent electron temperature fluctuations. Through a collaboration, Bielajew conducts her plasma research at the ASDEX Upgrade tokamak in Germany. Traditionally Bielajew would ship the diagnostic to Germany, follow and install it, and conduct the research in person. The pandemic threw a wrench in the plans so Bielajew shipped the diagnostic and relied on team members to install it. She Zooms into the control room and trusts others to run the plasma experiments.

Bielajew is very hands-on with another endeavor: improving diversity, equity and inclusion in her own backyard. Having grown up with parental encouragement and in an environment that never doubted her place as a woman in engineering, Bielajew realizes not everyone has the same opportunities. “I wish that the world was in a place where all I had to do was care about my research, but it’s not,” Bielajew says. While science can solve many problems, more fundamental ones about equity need humans to act in specific ways, she points out. “I want to see more women represented, more people of color. Everyone needs a voice in building a better world,” Bielajew says.

To get there, Bielajew co-launched NSE’s Graduate Application Assistance Program (GAAP), which connects underrepresented student applicants with NSE mentors. She has been the DEI officer with NSE’s student group, ANS, and is very involved in the department’s DEI committee.

As for future research, Bielajew hopes to concentrate on the experiments that make her question existing paradigms about plasmas under high confinement. Bielajew has registered more head-scratching “hmm” moments than “a-ha” ones. Measurements from her experiments drive the need for more intensive study.

Bielajew’s dogs, Dobby and Winky, keep her company through it all. They came home with her from Malawi.