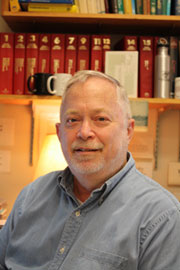 NSE Professor Ronald Ballinger was part of an independent panel of experts convened to investigate a water-pipe failure that occurred in May 2010, cutting off clean drinking water to nearly 2 million residents of the Boston area for more than two days and resulting in a boil-water order for 30 eastern Massachusetts communities.

The panel determined that the failure, which occurred along a section of the MetroWest Water Supply Tunnel, was due to wrong-sized studs used in a clamp joining two giant water pipes.

Ballinger, a professor of nuclear and materials science and engineering and director of the H. H. Uhlig Corrosion Laboratory, served on the panel that was chaired by Zorica Pantic, president of the Wentworth Institute of Technology, and also included John H. Bambei, Jr., chief of engineering for Denver Water and chair of the American Waterworks Associations' Committee on Steel Pipe.

In a report released Wednesday, May 25, the panel concluded that the failed clamp was held together by studs of the wrong size, which explains why the coupling broke apart just eight years after it was installed. The panel also found that some — if not most — of the studs securing the clamp probably cracked during the manufacturing process, weakening them. Ballinger said heftier studs, or more of them, should have been used to secure the clamp.

The investigation ruled out other theories for the break, such as an earthquake or other ground movement that could have displaced the two pipes enough for the coupling to fail, or a stray underground electrical current that could have weakened the clamp. "The panel concludes that progressive stud failure is consistent with the evidence," the report says. "No other scenario better fits the observations."