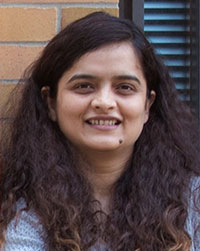 Farheen Naqvi is a research scientist working in the Department of Nuclear Science and Engineering. She did her PhD in Experimental Nuclear Physics from University of Cologne, Germany. Her thesis work focuses on understanding the role of interplay between collective and single-particle degrees of freedom in the evolution of nuclear structure far from the valley of stable nuclei. As a postdoctoral associate at National Superconducting Cyclotron Laboratory at Michigan State University and Notre Dame University she diversified her research in the field of nuclear astrophysics and worked on developing methods to indirectly measure the neutron-capture cross sections of very neutron-rich nuclei. These exotic isotopes are formed in explosive astrophysical processes relevant for understanding nucleosynthesis in our universe. At NSE, she is currently leveraging her knowledge in the field of radiation measurement, detector development and computational analyses to build technologies mitigating the dangers of nuclear terrorism and weapons.

As a member of Prof. Danagoulian’s group at LNSP she is involved in projects aimed at detecting concealed nuclear materials using neutron resonant phenomena and building conformal radiation-sensitive fabrics for emergency response.

My aim is to exploit the techniques and fundamentals of experimental nuclear physics to develop new detection concepts and build equipment, detectors and technologies having applications in the field of nuclear safeguards & security, nuclear arms control & treaty verification and nuclear non-proliferation.

Evolution of structure of atomic nuclei occurs at the extremes of nuclear existence. My research focuses on studying this evolution in nuclei with large neutron-to-proton ratios. Experimental signatures are studied to map the phenomena such as quenching of well known “magic shells” and emergence of new magic numbers, migration of single particle energy states, weakening of the spin-orbit coupling, diffusion of the nucleon potential and many more. With the advent of present day powerful accelerators and detector systems, the limits of experimentally accessible nuclei have been pushed to the drip lines for the very light nuclei on the neutron-rich side. These studies are necessary for building a consistent picture of the fundamental nucleon-nucleon interaction in stable and unstable nuclei.