A hundred billion of them just passed through your thumbnail in the last second. Yet throughout your entire lifetime and over your entire body, only one or two will ever leave even a tiny trace of having passed through. They are neutrinos, and they shower through our planet all day and all night long. They come from all overfrom the Earth, from the Sun, from faraway stars.


Neutrinos are a set of elementary particles so light that they were once thought to be massless, and so ethereal that they pass through virtually everything and rarely interact with anything. They have proved wrong the Standard Model, the most accepted model of particle physics, and they have proved wrong what were thought to be perfect symmetries in nature. Neutrinos have introduced many twists and turns into our understanding of the universe, and they are filled with mysteries.

Those mysteries are the centerpiece of the international conference Neutrino 2014. As part of the conference outreach, students from the MIT 8.226 writing class authored these articles about neutrino experiments around the world.

Each student in the class chose an experiment and interviewed a scientist working on that experiment to uncover the stories told here. We hope that these essays will open your eyes to the fascinating world of these elusive and mysterious little particles. 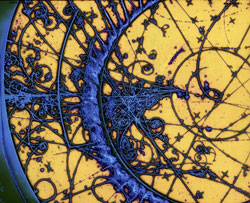