In 2008, on the occasion of the fiftieth anniversary of the founding of the Department of Nuclear Science and Engineering (NSE), Professor Sow-Hsin Chen generally seeded a fellowship fund to provide support for outstanding graduate students. Once every four years, the Sow-Hsin Fund Fellowship for Neutron Sciences is awarded to a graduate student who demonstrates excellence in nuclear sciences.

During the memorial service held for Professor Chen on May 6, 2022, NSE alumnus Dr. Dan Wang presented a matching challenge to the NSE community. From now through June 30, 2024, Dr. Wang will match, dollar for dollar, each new gift to the fund, up to a total of $100,000. With additional funds, the department will be able to award the fellowship more frequently, thus extending Professor Chen’s legacy.

To make a multi-year pledge or gift by credit card, please select the Sow-Hsin Fellowship for Neutron Sciences Fund on our giving page. For additional information or to discuss other ways of giving, please contact Edith Wun, Leadership Giving Officer, ewun@mit.edu. 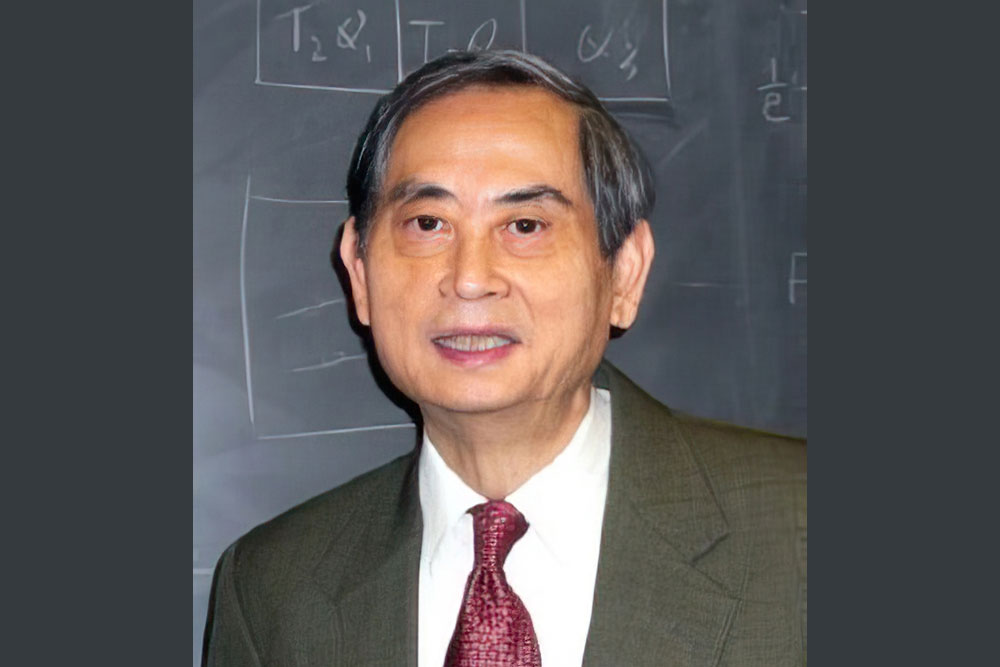 Born in pre-World War II Taiwan in the small rural town of Puzi, Sow-Hsin Chen excelled academically, receiving a BS in physics from National Taiwan University in 1956 and an MS in nuclear science from National Tsing Hua University in its first graduating class in 1958. A highly competitive International Atomic Energy Agency fellowship brought Chen to the University of Michigan, where he earned a second MS in nuclear science in 1962. Two years later, he received his PhD in physics from McMaster University, working with professor and Nobel laureate Bertram N. Brockhouse, who pioneered the development of neutron scattering and spectroscopy for studying condensed matter.

Chen joined MIT in 1968 as an assistant professor in the then-Department of Nuclear Engineering and became full professor in 1974. He was a devoted teacher and mentor to over 50 PhD students and postdocs, many of whom are in leadership roles in academia, government, and industry around the world. For his scientific achievement in research and teaching, Chen was recognized with the Alexander von Humboldt Senior Distinguished U.S. Scientist Award (Germany) in 1987.

Over the span of his 50-year career, Chen was instrumental in advancing the understanding of the dynamical properties of supercooled and interfacial water, and the development of new methods for data analysis. His pioneering experiments on the structure and mutual interactions of self-assembled systems such as micelles, microemulsions, and protein-surfactant complexes in solution have left an enduring impact on the field.

Chen’s innovative and novel contributions, employing small-angle neutron and X-ray scattering in fundamental studies of soft condensed-matter physics, established him as a distinguished scientist and expert in the international community. For these contributions he was awarded the Clifford G. Shull Prize in 2008 — the highest award of the Neutron Scattering Society of America — and the Guinier Prize in 2015 by the International Union of Crystallography for lifetime achievement and contribution to the field of small angle neutron scattering.

Chen’s collaborations with Oak Ridge, Argonne, and Brookhaven National Laboratories, as well as the National Institute of Standards and Technologies, contributed to the Department of Energy’s bold “grand challenge,” an initiative to focus research in five related areas to allow unprecedented control over the microscopic world. His work is memorialized in over 520 papers in leading peer-reviewed journals, and 20 co-authored books.

In addition to his numerous awards, Chen was also inducted in 2006 into the Academia Sinica, Taiwan’s preeminent academic research institution, which reports directly to and advises the president. Chen was also awarded two honorary degrees in recognition of his global contributions to the field — honorary doctor of science, honoris causa, from McMaster University in Ontario, Canada and dottore di ricerca “honoris causa” in fisica (honorary doctorate in physics) from University of Messina in Italy.

Chen was tireless in his research. When diagnosed with an incurable genetic Parkinson’s-like disease, he noted the realization that he “was racing against time.” Thanks to valued collaborations with several European and Asian colleagues, he describes this phase of his professional life as “the most productive period of my scientific achievements.” Chen delighted in holding intense discussions and offering suggestions about how his, and his former students’, experimental data could be built upon for further advancements. He is fondly remembered for his lifelong passion for science, good sense of humor, and love of fine food and wine.