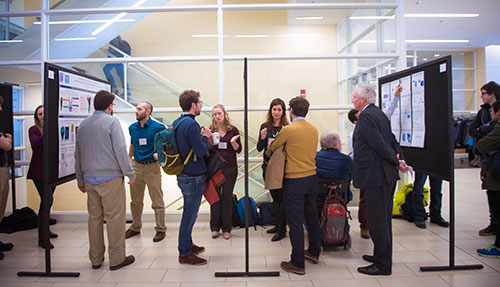 The MIT Department of Nuclear Science and Engineering’s Graduate Student Expo which traditionally kicks off the visiting weekend for prospective graduate students, was held on March 17. In addition to showcasing groundbreaking research from NSE’s various labs, the Expo also provides an opportunity for prospective students to learn about what projects they may be able to work on if they choose to come to MIT in the fall. These ranged from designing the world’s first fusion power plant, to developing new metrics by which to measure the effects of radiation damage, to modeling the many phases of coolant inside of a nuclear power plant.

Two posters were selected for the Best Poster Award:

Jiayue Wang from the Laboratory for Electrochemical Interfaces won for his poster titled “Carbon Poisoning of Ceria-based Catalysts in CO2-electrolysis — a Threshold [Ce3+]-Carbon Relation”. Wang is doing this work with Professor Bilge Yildiz.

Using Lasers to Measure Damage, Not Cause It

In his talk, “Ions and Lasers: Exploring New Diagnostics for Nuclear Materials Science” third year PhD student Cody Dennett explained how to best measure radiation damage in a material as it’s happening. In order to investigate the future of fusion, fission, and nuclear security systems, one must have a good idea of how radiation will affect various materials in the system. Dennett’s research with Professor Michael Short, focuses on firing ion beams at materials, and then measuring changes in material properties with not one, but two lasers. While the ion beam is intentionally damaging the material, one laser generates sound waves on the material’s surface, and the other measures how these sound waves move, in order to determine material properties in real time. This new method of analyzing radiation damage quickly and in real time will greatly improve the ability to predict the performance of materials in an enormous range of future devices and systems.
Watch video of talk

One Code, A Lot of Physics

Derek Gaston, has made it his mission to simultaneously incorporate all of the relevant physics in a fission reactor into a single code. In his talk, “Piecing Together the Reactor Puzzle: Predictive Multiphysics Simulation,” Gaston described a ‘multiphysics’ code he has developed called MOOSE. MOOSE enables him to combine into a single simulation the complicated interactions between thermo-mechanics, thermal hydraulics, neutronics, and material science. The MOOSE code framework is open source and free to use, but is powerful enough to predict, and therefore prevent, fuel rod failure within a fission reactor, making these reactors both safer and less expensive to operate. In the future, it will also be possible to apply the same simulation framework to any number of reactor components, further improving our designs in countless ways. A third year PhD student in NSE, Gaston is part of the MIT Computational Reactor Physics Group (CRPG) and works with Professors Benoit Forget and Kord Smith.
Watch video of talk

Third–year Phd student, Jayson Vavrek’s focuses on how to make an accurate assessment of a nuclear warhead with the minimum possible amount of information. In his talk, “The Less You Know, the Better: Physical Cryptography for Nuclear Security,” Vavrek described the challenges associated with verifying nuclear disarmament treaties, in which countries agree to mutually disassemble their nuclear arsenals. The issue is that both countries want to make sure that the other is actually taking apart real weapons, instead of fakes, but neither country wants to give away their design secrets. Radiation can be used to probe the inside of the warhead without opening it up, to make sure that it’s real, but any type of electronic encryption of this data is subject to hacking. Vavrek is a part of the Laboratory for Nuclear Security and Policy and works with Professors Areg Danagoulian and R.Scott Kemp. He and the lab have developed a way to use physics to encrypt the probe data, while still enabling accurate verification that the warhead is real. New techniques like this open up the possibility of both more thorough and less intrusive methods of disarmament verification.
Watch video of talk

In the final talk of the day was by fourth-year PhD student Chuteng Zhou of MIT’s Plasma Science and Fusion Center (PSFC). In his talk, titled “New Understanding of Plasma Phase-Space Holes via Hole-Tracking Particle-In-Cell Simulation,” Zhou described the phenomenon of ‘electron holes’ in the plasma of earth’s magnetosphere. The earth is surrounded by a plasma (basically a really hot, ionized gas, which is also found in lightning and in the sun). In their investigations NASA satellites found that there were odd regions where there was an unexpected lack of electrons, which are called ‘electron holes.’ Zhou has developed a new technique to simulate these regions using a particle-in-cell code, in which the simulation domain follows the electron hole as it moves through space. This enables the codes to track holes that move at tens of thousands of kilometers per hour, while still running in reasonable amounts of time. This research hopes to pursue a better understanding of the universe around us, and to investigate how plasmas act differently than the other three forms of matter. Zhou works with Professor Ian Hutchinson at the PSFC.
Watch video of talk 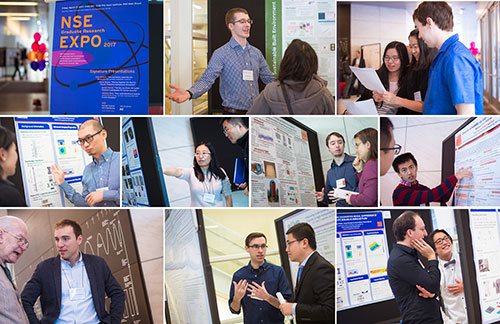 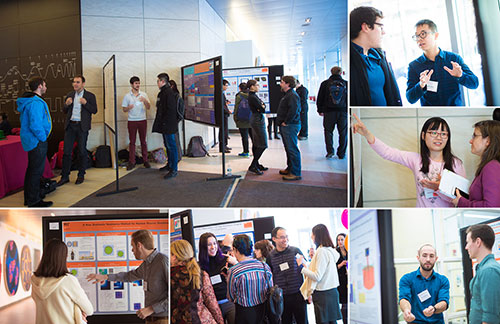 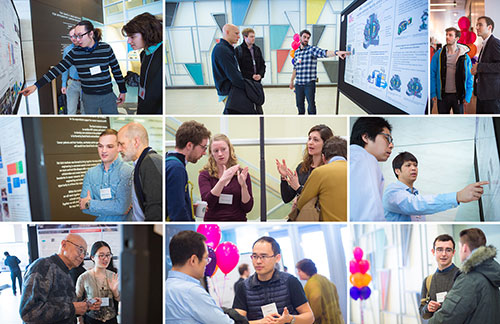 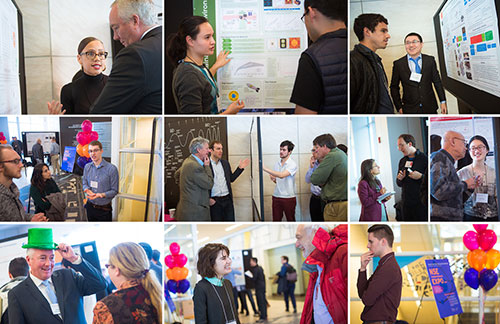 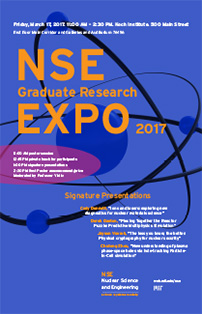