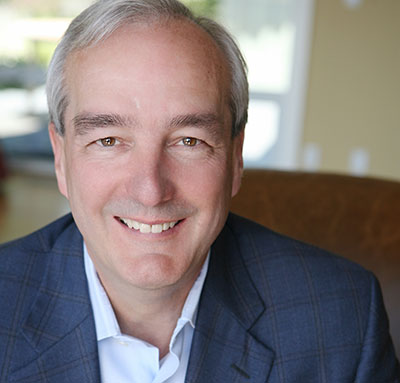 “We simply have to stop using fossil fuels!”

An Alum Acclaims NSE’s Focus on Science, Systems and Society

Ray Rothrock (SM ’78) didn’t set out to be a venture capitalist, but the moribund nuclear industry of the 1980s drove him and many of his fellow nuclear engineering students into alternative career paths. After participating in several Silicon Valley startups, he joined pioneering VC firm Venrock, leading over 50 company investments since 1988 and rising to managing general partner; the big appeal, he says, is “working with young people and seeing their ideas come into reality.”

That same spirit, along with his engineer’s love of “building things,” has infused Rothrock’s work with MIT Nuclear Science and Engineering (NSE). He served for 11 years on the Department’s Visiting Committee, has been a guest lecturer and informal adviser to students and faculty, and recently became a donor.

“I back people with good ideas, and I really like the way the Department under Richard Lester is thinking about the energy problem, and redefining nuclear technology,” he explains. “Richard has MIT’s ear, and I hope the Institute can get Washington’s ear.”

The stakes, says Rothrock, are about as high as they can get, with global demand for electricity on the rise. “Today, world energy usage is about 500 quads (quadrillion BTUs) per year, and 80 percent of that comes from burning fossil fuel. If the next 500 quads come from fossil fuel, nothing else matters,” because the climatic and environmental ramifications will render much of the planet unlivable. “We need a new strategy for a new world, and we need nuclear more than ever.”

Rothrock’s gift to the department is notable for its open-endedness; it can be used for faculty recruitment, student fellowships, or a wide range of other purposes.

“I don’t believe in philanthropic gifts that have a lot of strings,” he says. “I wanted to broadly support NSE’s new strategy, and its focus on Science, Systems and Society — it’s essential to develop not just new technologies, but effective systems that will be taken up because they fit well in the overall social fabric.” Rothrock notes that he first heard this line of thinking during his time at NSE in seminars with legendary Prof. David Rose.

To this end, Rothrock (who was 2012-13 chair of the National Venture Capital Association) is also working to re-frame the societal discussion of nuclear power and its potential. He has leveraged speaking opportunities in the financial and business communities, formal testimony and informal discussions with policymakers, and the Robert Stone documentary film Pandora’s Promise. As co-executive producer of the film, Rothrock provided seed money, and also helped get funding from other pro-nuclear, pro-environmental members of the Silicon Valley tech community.

Rothrock notes that when he began thinking seriously about worldwide energy usage, “I ran numbers for what generation of those next 500 quads would look like if we kept doing what we’ve been doing. I didn’t believe the results so I ran them again, two different ways, and they came out the same — we simply have to stop using fossil fuel. We can solve this, but we will need nuclear, and that will require the educational and research resources of MIT NSE.”

“I wanted to broadly support NSE’s new strategy, and its focus on Science, Systems and Society — it’s essential to develop not just new technologies, but effective systems that will be taken up because they fit well in the overall social fabric”