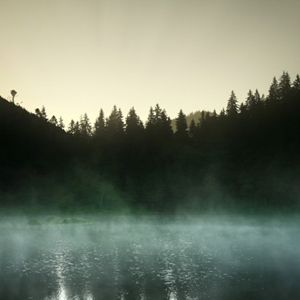 We drink it, swim in it, and our bodies are largely made of it. But as ubiquitous as water is, there is much that science still doesn't understand about this life-sustaining substance.

For example, unlike almost all other compounds, which typically shrink as they get colder, water expands when it freezes — which is why ice floats on water. Yet even the reasons for this unusual fundamental property remain elusive.

Now an MIT doctoral student and a team of researchers have carried out new experiments supporting a controversial theory about water's behavior that could help explain some of its mysteries.

Their findings, recently published in the Proceedings of the National Academy of Sciences, could have important implications for fields ranging from biology to construction, the researchers say, because the behavior of water affects so many important processes.

Water is "probably the most weird substance on Earth," says Yang Zhang PhD '10, lead author of the PNAS paper, which was based on his doctoral thesis research. "It behaves very differently from other materials," he says, with scores of anomalous characteristics. The work was done in collaboration with Zhang's doctoral supervisor, Sow-Hsin Chen, professor in MIT's Department of Nuclear Science and Engineering, and six other co-authors.