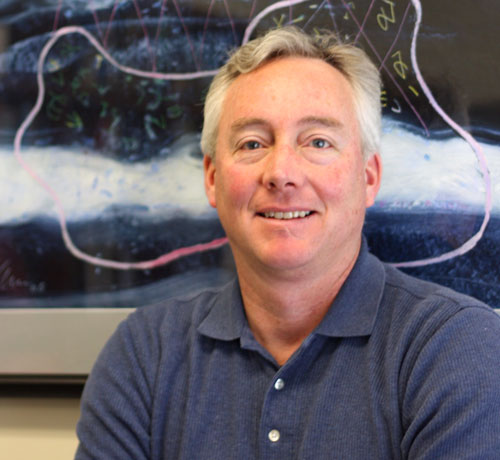 NSE’s Professor Dennis Whyte will serve as the next Director of the Plasma Science and Fusion Center (PSFC), effective January 1, 2015. He succeeds Professor Miklos Porkolab who, after nearly 20 years in the position, has decided to step down and return to teaching and research.

Whyte is a Professor of Nuclear Science and Engineering with a long and active association with the PSFC. He is a recognized leader in the field of nuclear fusion, with his research addressing the boundary plasma-material interfaces in magnetic fusion. His recent research has focused on the novel application of high-energy ion beams for real-time material interrogation in fusion environments, and the use of new high magnetic field superconductor materials for compact, robust fusion pilot plants for electricity production.

He received his B. Eng. from the University of Saskatchewan in 1986 and his Ph.D. from the Université du Québec, INRS in 1993. Following appointments at the DIII-D fusion facility, the University of California San Diego, and the University of Wisconsin, he joined the MIT faculty in 2006. He is a fellow of the American Physical Society’s Division of Plasma Physics and served on an NRC Committee on Prospects for Inertial Confinement Fusion Energy Systems in 2011. He received the 2009 and 2013 Ruth and Joel Spira Award for Distinguished Teaching and the Department of Energy’s Plasma Physics Junior Faculty Award in 2003. More recently, he received the International Atomic Energy Agency’s 2013 Nuclear Fusion Journal Prize, which was presented at the 25th biennial IAEA Fusion Energy Conference last month, for research carried out on the PSFC Alcator C-Mod fusion experiment.