Juan Ruiz Ruiz: The heat of the matter 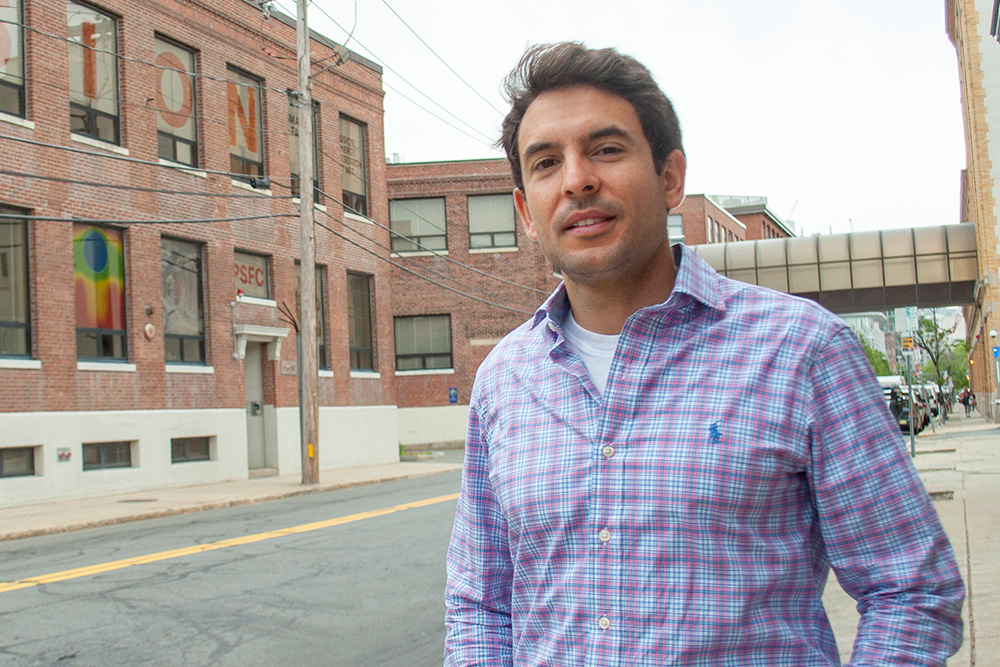 When Juan Ruiz Ruiz arrived at MIT he was not planning a career in fusion research. A visiting student from École Polytechnique in Paris, he was finishing his master’s degree project and joining the Department of Aeronautics and Astronautics, ready to pursue further studies at MIT’s Space Propulsion Lab.

But something about fusion energy sparked his interest and offered a new path.

Introduced to MIT’s Plasma Science and Fusion Center (PSFC) through the weekly seminar series, Ruiz changed course, finishing his MIT master’s under the direction of Nuclear Science and Engineering (NSE) professor Anne White, and eventually joining her department to work on his PhD at the PSFC.

“The potential of fusion energy is immense,” he explains. “I just wanted to contribute to this effort.”

MIT has been at the forefront of fusion research for decades, most significantly via the PSFC’s series of “Alcator” tokamaks, known for their compact size and high magnetic fields. Tokamaks create fusion in donut-shaped vacuum chambers, confining the hot, chaotic plasma fuel with magnets that wrap around the chamber. The soup of electrons and ions that comprise the plasma naturally follows the magnetic field lines, staying confined and away from the machine walls.

Ruiz arrived at MIT in time to witness the final years of experiments on the Center’s Alcator C-Mod tokamak, which ended its run in September 2016 after two decades. His focus now is on a PSFC collaboration with Princeton Plasma Physics Laboratory (PPPL) and the National Spherical Torus Experiment (NSTX).

“A regular tokamak is like a donut,” explains Ruiz. “The spherical tokamak at NSTX is like a donut that you compress, making the contour almost a complete sphere, with a central hole that is much smaller, almost the width of a thin wire.”

Ruiz is researching how to keep the plasma in a tokamak hot enough for fusion to take place. This is challenging because the hottest particles in the plasma, found in the core, leak towards the cooler areas at the edges, creating a plasma that will not be hot enough to sustain fusion. One of the factors pushing the heat to cooler areas is the turbulence of the plasma.

Ruiz explains that historically, the spherical tokamak was developed as a way of reducing that turbulence. In the 1980s researchers realized, through modeling, that designing a tokamak that was more compact, more spherical, would reduce the heat loss. NSTX was built at the PPPL in part to explore this issue. Experiments performed on the device showed that, under certain conditions, large-scale (or ion-scale) turbulence was indeed suppressed as expected in the spherical tokamak. What researchers did not predict is that small-scale fluctuations – at the electron-scale – suddenly gained more importance, making the overall heat loss worse than in standard tokamaks.

“You would not expect small scale fluctuations to be that important,” Ruiz says. “But it turns out that, in conditions where ion scale turbulence is suppressed, as observed in spherical tokamaks, the electron-scale turbulence becomes super important.”

To study this phenomenon NSTX researchers built a high-k scattering diagnostic, which for the first time could measure the small-scale fluctuations in the plasma.

“We send a beam of microwaves into the tokamak and propagate it through the plasma,” Ruiz says. “Then we detect how the plasma interacts with — or scatters — these microwaves, which provides us with information about the turbulence in the plasma.”

The system works a bit like a speed velocity gun police use to track cars. The scattered waves are shifted in frequency by the motion of the electrons.

While this diagnostic was useful at probing the turbulent state of the plasma, it still could not provide answers about how heat was leaking out. For that researchers needed to do turbulence simulations, requiring state-of-the-art supercomputers.

Ruiz has developed a synthetic diagnostic, a numerical tool like a computer or a code, through which he can model how the experiment works. His goal is to replicate the results of the high-k scattering experiments so that he can be confident his simulation will provide an accurate picture of the turbulence in the NSTX plasma and of where the heat is going.

Ruiz is intrigued by the difficulty of evaluating turbulence in fusion plasmas.

“If you have a neutral fluid, such as water, and add a drop of dye to it, you can see the turbulence in the fluid, and how it is everywhere,” he explains. “In our experiments we have plasmas at millions of degrees, and we are only measuring one point in the plasma. It is like being completely blind. You ask: ‘From a measurement of one point, how can I extrapolate anything? How can I determine what is going on elsewhere in the plasma?’”

Ruiz is comparing that one point in the high-k scattering experiment to the same point in his simulation to see how well they agree, projecting that if they agree at one point, he will have reason to believe they could agree at other places throughout the plasma. In this way he can obtain a complete picture of where the heat is going in the spherical tokamak.

“It is still a big leap of faith,” he acknowledges. “But it’s as good as we have so far.”

His research is relevant not only to spherical tokamaks, but to high-performance plasmas in standard tokamaks, including those that will be generated in ITER, the next generation fusion device being built in France, and SPARC, the PSFC’s planned high-field, net fusion energy experiment.

Ruiz is energized not only by the challenges of fusion research, but by participating in MIT activities. He is Treasurer of MIT’s Soccer and Judo Clubs, and Vice President of the Spanish Association. He speaks passionately about the MIT Global Start-Up Workshop, which organizes a yearly conference around the theme of entrepreneurship, start-ups and ecosystems, always in a different area of the world.

But he is driven most by the complex questions that arise doing fusion research.

“When you get into it you realize how much physics is involved, and how rich it is,” he says. “People have been working on solving the fusion puzzle for fifty years. I just want to contribute to fusion with my unique piece of the overall picture.”