Ka-Yen Yau: From coolants to a carbon-constrained world 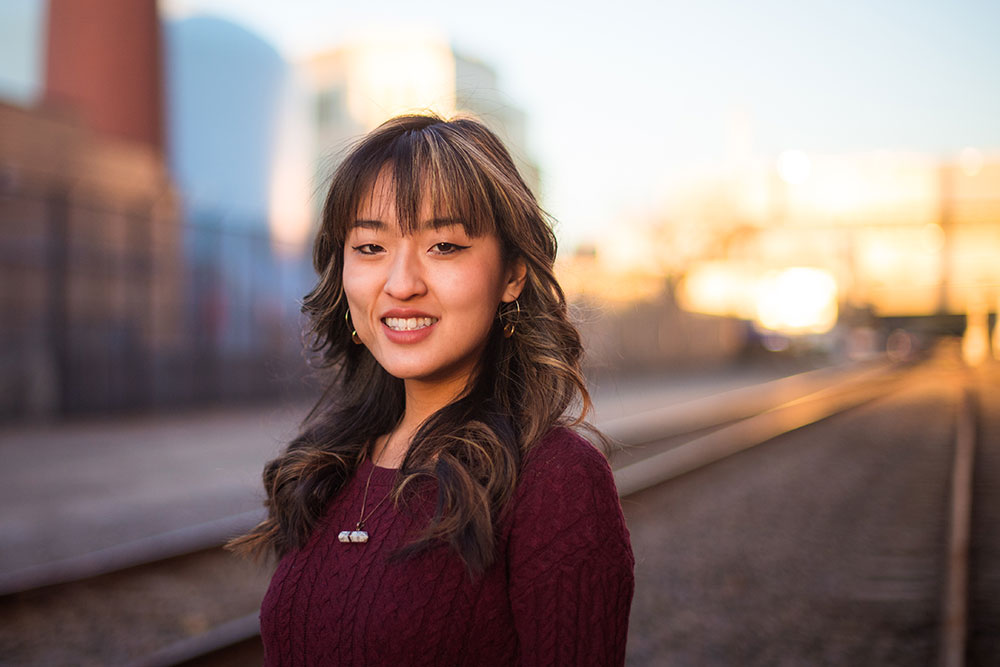 Senior Ka-Yen Yau recalls with perfect clarity when and why she decided to become a nuclear engineer.

“The Fukushima Daiichi accident occurred while I was in 9th grade, and because I knew nothing then about nuclear energy, I asked my physics teacher to explain what was going on,” she says. “He described the problem, but also emphasized that nuclear power is an incredibly robust, carbon-free energy source that could assist in the fight against climate change and provide electricity to people around the world. I immediately knew this was a mission I should be involved in.”

Yau’s commitment to this mission led her to MIT, where she is not only majoring in nuclear science and engineering (NSE), but pursuing the energy studies minor as well. “I realized that making nuclear power and clean energy a reality means tackling more than just the technical side of energy,” she says. “I have to understand the policy, industry, the electrical grid, and everything else necessary to make clean energy technology a reality.”

Yau’s latest undergraduate research project aligns with this ambitious agenda. Under the direction of Emilio Baglietto, Norman C. Rasmussen Associate Professor of Nuclear Science and Engineering, Yau is helping to improve computational modeling that could significantly speed up the licensing of new types of nuclear reactors.

Before approving construction of nuclear reactors, the Nuclear Regulatory Commission (NRC) requires rigorous analysis of the design and performance of its structures, systems, and components, including reactor coolant flow behavior. Because next generation reactors are being designed to operate at higher temperatures, allowing for higher efficiency and power output, they require different coolant systems than the current operating fleet. But producing highly accurate data for the NRC on the behavior of advanced coolants is no simple matter. “Working with any coolant flow field is incredibly complex, and with new reactors, we have little experimental data to validate our predictions,” says Yau.

A prominent method of theoretically analyzing coolant behavior, Computational Fluid Dynamics (CFD), can yield errors or be computationally impossible for large systems. So the Baglietto lab is developing and testing new computational techniques that could quantify and reduce modelling uncertainty in CFD calculations, leading to much more accurate and reliable analysis of coolant flow behavior. The goal is the relatively swift creation of high resolution, 3D models of coolant behavior that could satisfy NRC licensing requirements.

“Ideally, we can simulate large, complicated reactor systems reliably, cheaply, and quickly, and understand and quantify any uncertainty. That way, we can replace the need for labor and time-intensive experimental setups to gather data for the NRC,” says Yau. “This might mean we won’t have to wait decades and spend billions of dollars on R&D, and might also enable us to deploy new nuclear energy technology in a better, more efficient way.”

A fascination with fluid dynamics

Yau arrived at the Baglietto lab through a combination of chance and experience. The summer of 2017, she interned at TerraPower, the Seattle-based nuclear energy R&D firm. Her initial assignment involved conducting probabilistic risk assessment for one of TerraPower’s experimental reactor systems, but she finished her research early and noticed that a neighboring research group was exploring flow through the reactor core.

“I wandered off and told the group I was incredibly interested in thermal fluid dynamics and asked them to teach me how to use CFD,” she recounts. “I learned how to use the program and helped them with some of their calculations, which helped me realize that I wanted to continue to work with CFD when I returned to MIT.”

Yau’s alertness to new learning possibilities in her field has led to a series of unique opportunities. Even before she took her first nuclear engineering class as a sophomore, she found a research position with Michael Short, Norman Rasmussen Assistant Professor of Nuclear Science and Engineering.

“I loved his approach, both in the lab and in the way he taught 22.01 (Introduction to Nuclear Engineering and Ionizing Radiation) — my first class in the department — because he focuses merging textbook learning with real-world application. For example, 22.01 problem sets consist mostly of open-ended, interesting questions that don’t have a simple, single right answer, just like real engineering,” says Yau, who went on to serve as a teaching assistant for 22.01.

Her engagement with NSE goes beyond laboratory and classroom. As MIT’s American Nuclear Society undergraduate chair this year, she delivered a report to the NSE department’s visiting committee in fall 2017. Yau surveyed her NSE peers and distilled and presented the results, which included requests for more design-based courses.

“I found the responsibility both terrifying and important, because I got the chance to vocalize the undergraduates’ concerns and their suggestions for improving the department. This report might really positively change the experience for future undergrads,” says Yau.

Yau also recently completed work on an MIT-led study, The Future of Nuclear Energy in a Carbon-Constrained World, which brought her into contact with leaders from the robotics, pharmaceutical, automobile, and oil industries.

“It’s really essential for the nuclear sector, an industry that is struggling in the current economic climate, to incorporate lessons from other industries that successfully create, design, build, and distribute technology,” says Yau. “Making nuclear energy a reality will involve rethinking the entire paradigm.”

After devoting 40 hours a week during the 2018 January Independent Activities Period to her research in the Baglietto lab, Yau plans to continue this work through her final semester and into next year, when she starts the five-year master’s program in nuclear science and engineering.

While research and classes leave little time for recreation, Yau has managed to safeguard Tuesday nights for one of her passions: glassblowing. But even this hobby doesn’t take her far from her central interest. Her first and favorite artistic creation, she reports, “is a 3D representation of a uranium-235 atom in the middle of neutron-induced fission.”