Electrochemistry, from batteries to brains 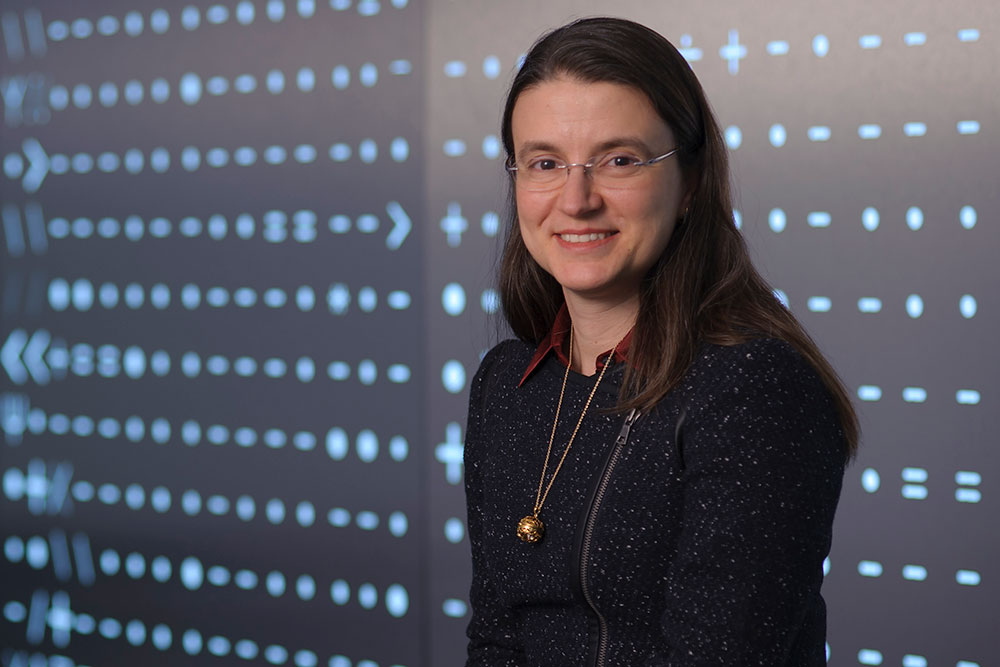 Bilge Yildiz’s research impacts a wide range of technologies. Her lab studies fuel cells, which convert hydrogen and oxygen into electricity (and water). They study electrolyzers, which go the other way, using electricity to convert water into hydrogen and oxygen. They study batteries. They study corrosion. They even study computers that attempt to mimic the way the brain processes information in learning. What brings all this together in her lab is the electrochemistry of ionic-electronic oxides and their interfaces.

“It may seem like we’ve been contributing to different technologies,” says Yildiz, MIT’s Breene M. Kerr (1951) Professor in the Department of Nuclear Science and Engineering and the Department of Materials Science and Engineering, who has just been named a fellow of the American Physical Society. “It’s true. But fundamentally, it’s the same phenomena that we’re after in all these.” That is, the behavior of ions — charged atoms — in materials, particularly on surfaces and interfaces.

Yildiz’s comfort crossing scientific borders may come from her trek to where she is—or vice versa. She grew up in the seaside city of Izmir, Turkey, the daughter of two math teachers. She spent a lot of fun time by the sea, and also tinkered with her dad on repair and construction projects at home. She enjoyed studying, and attended a science-focused high school, where she vividly recalls a two-year project. The city sat on a polluted bay, and her biology teacher connected her and a friend with a university professor who got them working on ways to clean the water using algae. “We had a lot of fun in the lab with limited supplies, collecting samples from the bay, and oxygenating them in the lab with algae,” she says. They wrote a report for the municipality. She’s no longer in biology, but “it made me aware of the research process and the importance of the environment,” she says, “that still stays.”

Before entering university, Yildiz decided to study nuclear energy engineering, because it sounded interesting, although she didn’t yet know the field’s importance for mitigating global warming. She ended up enjoying the combination of math, physics, and engineering. Turkey didn’t have much of a nuclear energy program, so she ventured to MIT for her PhD in nuclear engineering, studying artificial intelligence for the safe operation of nuclear power plants. She liked applying computer science to nuclear systems, but came to realize she preferred the physical sciences over algorithms.

Yildiz stayed at MIT for a postdoctoral fellowship, between the nuclear engineering and mechanical engineering departments, studying electrochemistry in fuel cells. “My postdoc advisors at the time were, I think, taking a risk by hiring me, because I really didn’t know anything” about electrochemistry, she says. “It was an extremely helpful and defining experience for me — eye-opening — and allowed me to move in the direction of electrochemistry and materials.” She then headed in another new direction, at Argonne National Laboratory, in Illinois, learning about X-ray spectroscopy, blasting materials with powerful synchrotron X-rays to probe their structure and chemistry.

At MIT, where Yildiz returned in 2007, she still uses Argonne’s instruments as well as other synchrotrons in the US and abroad. In a typical experiment, she and her group might first create a material that could be used, for example, in a fuel cell. They’ll then use X-rays in her lab or at synchrotrons to characterize its surface under various operational conditions. They’ll build computational models on the atomic or electron level to help interpret the results, and to guide the next experiment. In fuel cells, this work allowed to identify and circumvent a surface degradation problem. Connecting the dots between surface chemistry and performance allows her to predict better material surfaces to increase the efficiency and durability of fuel cells and batteries. “These are findings that we have built over many years,” she says, “from having identified the problem to identifying the reasons for that problem, then to proposing some solutions for that problem.”

Solid oxide fuel cells use materials called perovskite oxides to catalyze reactions with oxygen. Substitutions — for instance strontium atoms — added to the crystal enhance its ability to transport electrons and oxygen ions. But these atoms, also called dopants, often precipitate at the surface of the material, reducing both its stability and its performance. Yildiz’s group uncovered the reason: the negatively charged dopants migrate toward positively charged oxygen vacancies near the crystal’s surface. They then engineered a solution. Removing some of the excess oxygen vacancies by oxidizing the surface with another element, hafnium, prevented the movement of strontium to the surface, keeping the fuel cell functioning longer and more efficiently.

“The coupling of mechanics to chemistry has also been a very exciting theme in our research,” she says. She has investigated the effects of strain on material’s ion transport and surface catalytic activity properties. She’s found that certain types of elastic strain can facilitate diffusion of ions as well as surface reactivity. Accelerating ion transport and surface reactions improves the performance of solid oxide fuel cells and batteries.

In her recent work, she considers analog, brain-guided computing. Most computers we use daily are digital, flipping electrical switches on and off, but the brain operates with many orders of magnitude more energy efficiency, in part because it stores and processes information in the same location, and does so by varying the local electrical properties on a continuum. Yildiz is using small ions to vary the resistance of a given material continuously, as ions enter or exit the material. She controls the ions electrochemically, similar to a process in the brain. In effect, she’s replicating some functionality of biological synapses, in particular the strengthening and weakening of synapses, by creating tiny, energy-efficient batteries. She is collaborating with colleagues across the institute, Ju Li from NSE, Jesus del Alamo from EECS, and Michale Fee from BCS. Their team is investigating different ions, materials, and device geometries, and is working with the MIT Quest for Intelligence to translate learning rules from brain studies to the design of brain-guided machine intelligence hardware.

In retrospect, Yildiz says, the leap from her formal training on nuclear engineering into electrochemistry and materials was a big one. “I work on a research problem, because it sparks my curiosity, I am very motivated and excited to work on it and it makes me happy. I never think whether this problem is easy or difficult when I am working on it. I really just want to do it no matter what. When I look back now, I notice this leap was not trivial.” She adds, “But now I also see that we do this in our faculty work all the time. We identify new questions that are not necessarily in our direct expertise. And we learn, contribute, and evolve.”

Describing her return to MIT, after an “exciting and gratifying” time at Argonne, Yildiz says she preferred the intellectual flexibility of having her own academic lab — as well as the chance to teach and mentor her students and postdocs. “We get to work with young students who are energetic, motivated, smart, hardworking,” she says. “Luckily, they don’t know what’s difficult. Like I didn’t.”