The boiling crisis — and how to avoid it 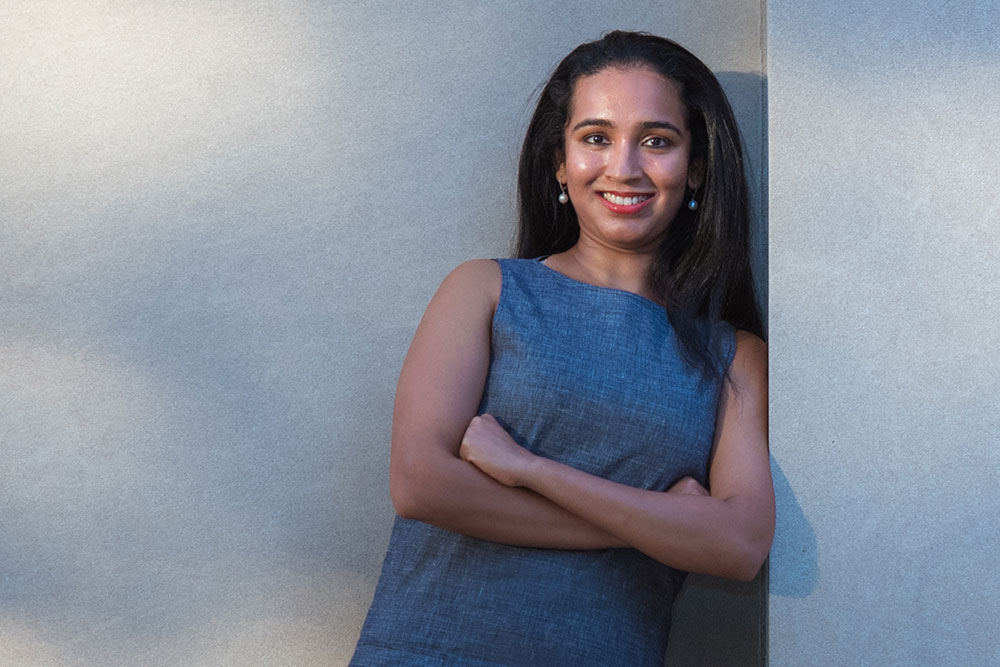 It’s rare for a pre-teen to become enamored with thermodynamics, but those consumed by such a passion may consider themselves lucky to end up at a place like MIT. Madhumitha Ravichandran certainly does. A PhD student in Nuclear Science and Engineering (NSE), Ravichandran first encountered the laws of thermodynamics as a middle school student in Chennai, India. “They made complete sense to me,” she says. “While looking at the refrigerator at home, I wondered if I might someday build energy systems that utilized these same principles. That’s how it started, and I’ve sustained that interest ever since.” She’s now drawing on her knowledge of thermodynamics in research carried out in the laboratory of NSE assistant professor Matteo Bucci, her doctoral supervisor. Ravichandran and Bucci are gaining key insights into the “boiling crisis” — a problem that has long saddled the energy industry.

Ravichandran was well prepared for this work by the time she arrived at MIT in 2017. As an undergraduate at India’s Sastra University, she pursued research on “two-phase flows,” examining the transitions water undergoes between its liquid and gaseous forms. She continued to study droplet evaporation and related phenomena during an internship in early 2017 in the Bucci Lab. That was an eye-opening experience, Ravichandran explains. “Back at my university in India, only 2 to 3 percent of the mechanical engineering students were women, and there were no women on the faculty. It was the first time I had faced social inequities because of my gender, and I went through some struggles, to say the least.”

MIT offered a welcome contrast. “The amount of freedom I was given made me extremely happy,” she says. “I was always encouraged to explore my ideas, and I always felt included.” She was doubly happy because, midway through the internship, she learned that she’d been accepted to MIT’s graduate program.

As a PhD student, her research has followed a similar path. She continues to study boiling and heat transfer, but Bucci gave this work some added urgency. They’re now investigating the aforementioned boiling crisis, which affects nuclear reactors and other kinds of power plants that rely on steam generation to drive turbines. In a light water nuclear reactor, water is heated by fuel rods in which nuclear fission has occurred. Heat removal is most efficient when the water circulating past the rods boils. However, if too many bubbles form on the surface, enveloping the fuel rods in a layer of vapor, heat transfer is greatly reduced. That’s not only diminishes power generation, it can also be dangerous because the fuel rods must be continuously cooled to avoid a dreaded meltdown accident.

Nuclear plants operate at low power ratings to provide an ample safety margin and thereby prevent such a scenario from occurring. Ravichandran believes these standards may be overly cautious, owing to the fact that people aren’t yet sure of the conditions that bring about the boiling crisis. This hurts the economic viability of nuclear power, she says, at a time when we desperately need carbon-free power sources. But Ravichandran and other researchers in the Bucci Lab are starting to fill some major gaps in our understanding.

They initially ran experiments to determine how quickly bubbles form when water hits a hot surface, how big the bubbles get, how long they grow, and how the surface temperature changes. “A typical experiment lasted two minutes, but it took more than three weeks to pick out every bubble that formed and track its growth and evolution,” Ravichandran explains.

To streamline this process, she and Bucci are implementing a machine learning approach, based on neural network technology. Neural networks are good at recognizing patterns, including those associated with bubble nucleation. “These networks are data hungry,” Ravichandran says. “The more data they’re fed, the better they perform.” The networks were trained on experimental results pertaining to bubble formation on different surfaces; the networks were then tested on surfaces for which the NSE researchers had no data and didn’t know what to expect.

After gaining experimental validation of the output from the machine learning models, the team is now trying to get these models to make reliable predictions as to when the bubble crisis, itself, will occur. The ultimate goal is to have a fully autonomous system that can not only predict the boiling crisis, but also show why it happens and automatically shut down experiments before things go too far and lab equipment starts melting.

In the meantime, Ravichandran and Bucci have made some important theoretical advances, which they report on in a recently published paper for Applied Physics Letters. There had been a debate in the nuclear engineering community as to whether the boiling crisis is caused by bubbles covering the fuel rod surface or due to bubbles growing on top of each other, extending outward from the surface. Ravichandran and Bucci determined that it is a surface-level phenomenon. In addition, they’ve identified the three main factors that trigger the boiling crisis. First, there’s the number of bubbles that form over a given surface area and, second, the average bubble size. The third factor is the product of the bubble frequency (the number of bubbles forming within a second at a given site) and the time it takes for a bubble to reach its full size.

Ravichandran is happy to have shed some new light on this issue but acknowledges that there’s still much work to be done. Although her research agenda is ambitious and nearly all consuming, she never forgets where she came from and the sense of isolation she felt while studying engineering as an undergraduate. She has, on her own initiative, been mentoring female engineering students in India, providing both research guidance and career advice.

“I sometimes feel there was a reason I went through those early hardships,” Ravichandran says. “That’s what made me decide that I want to be an educator.” She’s also grateful for the opportunities that have opened up for her since coming to MIT. A recipient of a 2021-22 MathWorks Engineering Fellowship, she says, “now it feels like the only limits on me are those that I’ve placed on myself.”