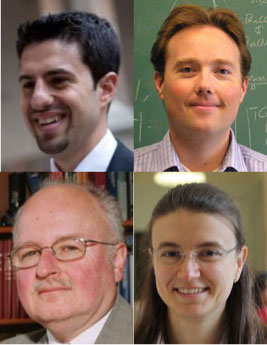 A team of MIT researchers, with collaborators in Ireland and Japan, demonstrated, through computer simulations, that the chemical expansion of a cerium oxide compound is tied to an increase in charge localization around positively charged cerium ions. Their paper, "Charge localization increases chemical expansion in cerium-based oxides," made the cover of the Sept. 21, 2012, edition of Physical Chemistry Chemical Physics (PCCP).

Cerium dioxide, CeO2, is used in applications such as Solid Oxide Fuel Cells and automotive catalytic converters, lead author Dario Marrocchelli, a Postdoctoral Associate at MIT from June 2010 to June 2011, said. Chemical expansion is a fascinating phenomenon observed in some metal oxide materials, such as CeO2. Under certain conditions, these materials lose some of their oxygen atoms and, at the same time, expand. This expansion can lead to a premature deterioration of these materials and is therefore detrimental for technological applications. “Just imagine if the catalytic converter in your car became 10% bigger,” said Marrocchelli, “that would be catastrophic.”

The team used a mathematical model called Density Functional Theory to understand the atomistic factors responsible for this phenomenon. They found that, depending on the behavior of certain electrons in the system, the chemical expansion of these materials can change by up to 70%. The computer simulation results closely correlated with experimental data from the scientific literature, Marrocchelli said. "Our results also suggest that charge localization can be used to tune chemical expansion in these oxide materials, thus expanding their range of applicability," the PCCP report said.

PCCP is published by the Royal Society of Chemistry. 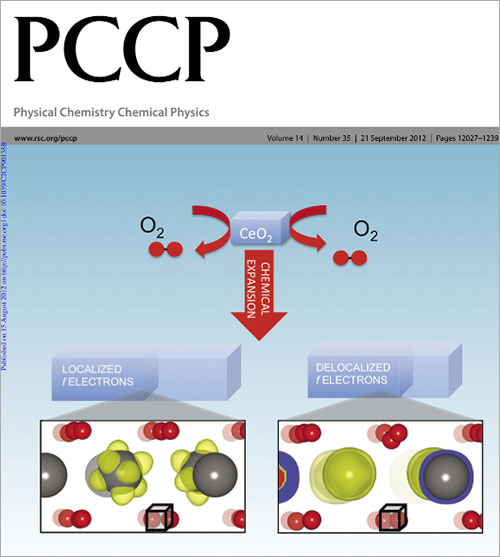