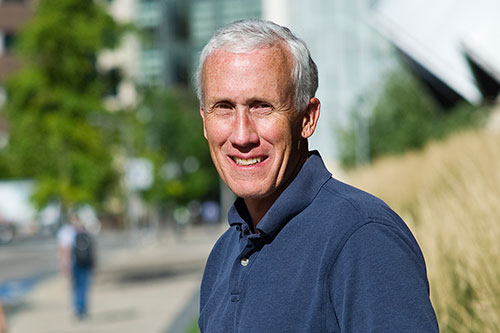 NSE’s Professor Kord Smith has been selected as the 2015 recipient of the American Nuclear Society (ANS) Eugene P. Wigner Reactor Physicist Award. He is cited for a career of outstanding contributions to the field of reactor physics.

The Eugene P. Wigner Reactor Physicist Award honors individuals who have made outstanding contributions to the advancement of the field of reactor physics. This award was established in honor of the late Dr. Eugene P. Wigner, a designer of nuclear reactors during the Manhattan Project of World War II, who was awarded the 1963 Nobel Prize in Physics "for his contributions to the theory of the atomic nucleus and the elementary particles, particularly through the discovery and application of fundamental symmetry principles". Professor Smith is the 20th recipient of the award. The late Allan Henry who was a professor of nuclear engineering at MIT and Professor Smith’s PhD advisor received the award in 1992.

Smith is the Korea Electric Power Company (KEPCO) Professor of the Practice of Nuclear Science and Engineering at MIT and Chief Scientist in the DOE’s Office of Science, Center for Exascale Simulation of Advanced Reactors (CESAR). His research focuses on the development and application of advanced computational physics methods for modeling and simulation of nuclear reactor cores: computational reactor physics methods, fuel/core loading design and optimization, transient safety analysis, real-time operator training, and on-line plant monitoring.

Prof. Smith, colleague Prof. Benoit Forget, and their students who form the Computational Reactor Physics Group (CRPG) at MIT focus their research efforts on advanced computational methods and numerical algorithms in nuclear reactor analysis. CRPG research has resulted in the development and deployment of the Open-Source computational codes OpenMC and OpenMOC that are used by research organizations around the world. Ongoing work focuses on development and application of deterministic mathematical operators (physics-based multi-grid methods) to accelerate solutions of stochastic Monte Carlo neutral particle transport, to enable efficient multi-physics coupling to thermal conduction and fluid flow, and to extend Monte Carlo transport applications into the time domain.

CESAR plays a key role in responding to President Obama’s July 2015 Executive Order that established the National Strategic Computing Initiative.This initiative seeks to ensure that the United States continues leading in the development and application of HPC systems that are essential to economic competitiveness, scientific discovery, and national security.

The Wigner award will be presented to Professor Smith at the ANS Winter Meeting in Washington DC in November 2015, and Professor Smith will deliver the signature Wigner Lecture highlighting his numerous technical contributions to the field of nuclear reactor physics during the ANS Summer Meeting in June 2016 in New Orleans.