Research and education in nuclear engineering at MITbegan in the 1940s. From the outset, our activities brought together pioneers from a range of fields and from across the Institute in the creation of this new field of scientific inquiry and engineering applications.

Today we remain focused on the generation, control, and application of nuclear reactions and radiation for the benefit of society and the environment. Our mission is to educate the next generation of leaders for the global nuclear enterprise, while laying the foundation for new applications of nuclear and radiation science and technology.

Course XXII, Nuclear Engineering, is launched within the Department of Chemical Engineering.

Manson Benedict (1907–2006) becomes MIT's first professor of nuclear engineering. Benedict was a seminal figure in the development of the field of nuclear science and engineering. A veteran of the Manhattan Project, he later became the first head of the Department of Nuclear Engineering.

Project Dynamo is launched to study the potential benefits of using a nuclear reactor for civilian electric power.

The launch of Project Separation to explore alternative processes for recovering uranium and plutonium from irradiated nuclear fuel.

MIT approves the construction of an on-campus nuclear reactor for research purposes. Designed by Theodore Thompson, MITR-1 begins operations in 1958.

MIT launches a doctoral program in nuclear engineering; the first degrees are awarded in 1958.

The Department institutes a summer training course (still offered today) on safety for professionals in the nuclear power industry.

Working with the MIT Center for Space Research, Nuclear Engineering faculty help create a hydrogen-cooled reactor for the propulsion of space vehicles.

MITR-2 begins operating. The redesigned reactor has a more compact core and is cooled by light water.

Lawrence M. Lidsky serves as director of a new Plasma Fusion Center that provides support for ALCATOR and many other projects.

The Center for Advanced Nuclear Energy Systems is formed to coordinate emerging research on nuclear power reactors and fuel cycles.

MIT publishes "The Future of Nuclear Power," a major report on the challenges of scaling up the global nuclear power industry.

The Department changes its name to Department of Nuclear Science and Engineering.

MIT is selected as a lead partner in the Nuclear Energy Innovation Hub, a new DOE initiative to advance light water reactor design and engineering.

MIT study on "The Future of the Nuclear Fuel Cycle" is released. The study, led by Mujid Kazimi and Ernest Moniz, considers the key technical choices available for an expanded nuclear power program in the U.S.

NSE puts in place a new strategic plan that will extend its groundbreaking work in nuclear science and the engineering of nuclear systems, while also explicitly tying the department's education and research to the interactions of nuclear technology with society.

MIT study on "The Future of Nuclear Energy in a Carbon Constrained World" is released. The study, led by Jacopo Buongiorno and John Parsons, makes recommendations for new policy models and cost-cutting technologies. 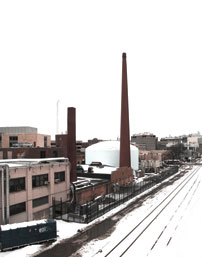 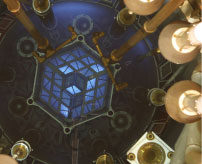 Originally built in 1958 and renovated in 1975, the Department's on-campus nuclear reactor is a living laboratory. Researchers have used it to explore everything from radiation therapy for cancer patients to altering the structure of silicon for more capable electronics. 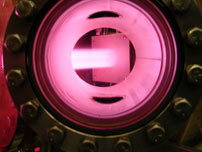 From the early days there was interest in nuclear fusion as an energy source, and the Department pioneered research on fusion engineering as well as plasma physics. The series of high-field "Alcator" tokamak plasma confinement experiments at MIT benefited from the participation of Nuclear Science and Engineering students and from NSE faculty leadership, and evolved into a world-leading fusion research program, achieving record confinement parameters and fundamental scientific breakthroughs.

The Department has been a leader in reactor safety since the early 1960s, when founding head Manson Benedict served as an advisor to the Atomic Energy Commission. In 1975, Professor Norman Rassmussen led a major government study of reactor safety and risk that remains a touchstone for nuclear regulation today. 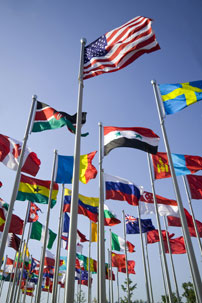 Nuclear power is one of the most globalized of all industries. The Department has educated leaders of nuclear power programs across the globe and conducts significant research and educational collaborations on all five continents.