The mission of NSE, as one of the world’s leading academic departments in nuclear science and engineering, is to help develop the next generation of technical leaders of the global nuclear enterprise and to provide scientific and engineering leadership in energy and non-energy applications of nuclear technology. We also have a responsibility to inform public debate on the wise uses of nuclear science and technology.

To help us advance these goals, the Joseph P. Kearney Memorial Fund for Nuclear Research and Innovation is being established. This fund will support research in NSE which contributes to practical applications of nuclear science and technology and to the strengthening of nuclear safeguards and security.

If you are interested in contributing to the Joseph P. Kearney Memorial Fund or learning more please feel free to contact Edith Wun, NSE Leadership Giving Officer, ewun@mit.edu. You may also or visit our page at Giving to MIT. 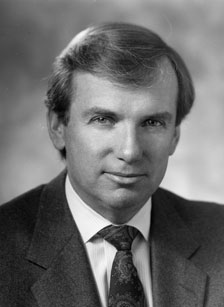 Joe Kearney grew up in Brooklyn where he was a high school academic and athletic standout. At Manhattan College, he majored in Mechanical Engineering, and was a four time NCAA All American half-miler in track. He went on to graduate from MIT with three graduate degrees in nuclear engineering, culminating with a Ph.D in 1973. While at MIT he joined the Energy Research Group and co-authored The Nuclear Debate: A Call to Reason.

With a continued commitment to the exploration of the economic and public policy aspects of nuclear energy he joined Combustion Engineering as an assistant to the chief scientist, and then moved on to the White House Office of Management and Budget (OMB) as Chief of the Energy Technology Branch, where his team advised Presidents Ford and Carter. He also served on President Reagan’s Energy Transition Team.

After five years at OMB, Joe entered the energy industry, where he held several leadership positions: at Fluor Corporation as Senior Manager for Cogeneration Development; at Coastal Corporation as Chairman and CEO of Coastal Power Production Company and Vice President of Marketing and Transportation at ANR Pipeline Corporation; and finally at Pacific Gas & Electric Corporation, where Joe was President and CEO of U.S. Generating Company, a joint venture between PGE and Bechtel, and Senior Vice President of PG&E Corporation.

Under Joe’s leadership, US Gen grew from a startup with no physical assets to become one of North America’s largest independent power producers of competitively priced electric power, with 17 generating plants in eight states and more than $5 billion in invested capital. In 1997 US Gen acquired the non-nuclear generating assets of the New England Electric System. With this acquisition, U.S. Gen’s power plant portfolio exceeded 8,000 megawatts.

Joe’s career was shaped by his early experiences in the field of nuclear energy. As he wrote while still at MIT 30 years ago in A Call to Reason: “[r]igorous examination of the present risks, costs and impact of all electric power sources leads us to conclude that nuclear power is more than acceptable; it is preferable. A call for a nuclear moratorium is without merit, particularly at a time when the country is striving for energy self-sufficiency. The resolution of the energy supply question, and the nuclear power plant safety question in particular, will require the participation, in good faith, of industry, government and consumer advocates. The public deserves no less.”

Much later, looking back on his time at MIT and its role in his subsequent professional successes, Joe commented: “The nuclear business was rooted in some very esoteric physics at the time, and very complex math. All of that brought together and created the challenge that it was. I don’t think I’ve ever been challenged as much as then. … It became apparent as I went through my education process that technology is, frankly, very linked to other things. One is people, and two is economics, and where I really began to evolve outside of pure technology was in recognizing the significant impact that both of those had in the field of energy.”