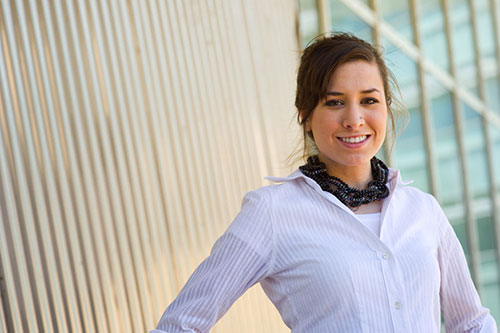 Supporting NSE: Kearney Fellowship is legacy of a “Nuclear Green”

Michele Kearney describes her late husband Joe, a prominent nuclear engineer and energy executive, as “one of the first nuclear Greens” — an advocate of nuclear power on environmental grounds.

It’s an increasingly popular perspective today, but Kearney was bucking conventional wisdom when he and five other Department of Nuclear Science and Engineering alums laid out the case in a seminal 1974 position paper, “The Nuclear Debate: A Call to Reason.”

That spirit of reasoned, data-driven analysis is what Michele Kearney wanted to encourage when she endowed the Joseph P. Kearney Graduate Fellowship to support outstanding NSE graduate students whose studies of nuclear applications have the potential to contribute to innovation in the field of nuclear energy. (Inspired by the generous gift, friends and colleagues of Joe have established the separate Joseph P. Kearney Memorial Fund for Nuclear Research and Innovation, which will also support graduate students in the Department.)

“MIT fosters the ability to challenge the status quo. It doesn’t always make people happy, but it’s essential to have that academic freedom to challenge assumptions and move forward,” explains Kearney, who runs a popular news website for the international nuclear energy community and has an extensive public policy background, including posts at the federal Office of Management and Budget, Department of the Interior, and Environmental Protection Agency. “I like being able to foster that independence, especially in the Department of Nuclear Science and Engineering, which is facing huge demands, and will have even more going forward. Fellowships are their number one need.”

NSE grad student Sara Ferry, recipient of the first Kearney Fellowship and herself an environmentalist, is studying metallurgical issues at the interdisciplinary Uhlig Corrosion Laboratory to help address the need for longer-than-expected on-site storage of used nuclear fuel — an important adaptation for the nuclear industry.

Indeed, MIT’s ability to bring multiple fields of knowledge to bear on major challenges, like energy and cancer, was a major factor in Kearney’s decision to contribute. “There’s a long history here of creating multi-disciplinary teams for problem solving,” she says. “There really isn’t another institution with that tradition of collaboration and team-building. Power generation is a sustainability issue, one that challenges us to figure out how best to manage and conserve our resources, and MIT is uniquely qualified to address it.”

But Kearney notes that her primary motivation was honoring her husband and his pioneering work in the US independent power generation business. As she puts it, “I wanted to give back to the institution that helped shape his career, and served as the foundation for so many of his collaborations, associations, and life-long friendships.”

“MIT fosters the ability to challenge the status quo. It doesn’t always make people happy, but it’s essential to have that academic freedom to challenge assumptions and move forward”