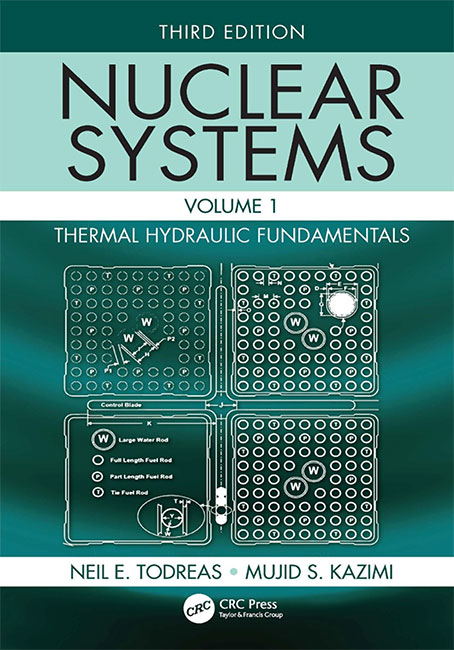 Since publication of the first edition in 1989, Nuclear Systems Volume I: Thermal Hydraulic Fundamentals, by Neil Todreas and Mujid Kazimi, has provided an unparalleled resource for graduate and advanced undergraduate study in nuclear power focused on the design and analysis of nuclear plants.

The text grew out of teaching notes Todreas and Kazimi developed to supplement existing texts while teaching 22.312, MIT’s class in the Engineering of Nuclear Reactors, in the 1970s and ‘80s By the mid 1980s, Todreas said, he and Kazimi had decided to write the more comprehensive and rigorous textbook they needed for the class.

In the 30 years since, a majority of MIT’s nuclear engineering students have benefitted from this work in the classroom. It serves as a reference for engineers in the design and safety analysis of nuclear power plants, and alumni entering academia have adopted the text for use in their university classrooms around the world.

The 2021 edition is dedicated to the memory of Mujid Kazimi, “a cherished collaborator in this endeavor from its origin to his untimely passing in 2015” and to the authors’ families. In his acknowledgements, Todreas also recognizes the very extensive contributions of a new collaborator: Mahmoud Massoud, an MIT NSE alumnus, University of Maryland adjunct professor, and nuclear engineering practitioner.

Todreas credits Massoud’s blend of theoretical and practical experience with helping maintain a balance in subject matter that is “theoretically sound and complete while simultaneously conveying practical modern technology.” The pair are now co-authoring a second edition of Nuclear Systems Volume II: Elements of Thermal Design which is scheduled for publication later this year.