An Atomic Future: How We Got Here and the Major Challenges Ahead 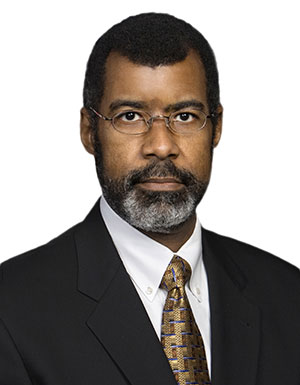 Abstract The Nuclear Energy Agency is an association of 34 nations that represent the most advanced nuclear infrastructures in the world.  These nations work in cooperation at the NEA to address challenges in nuclear safety, policy, technology development, and all other aspects of civilian nuclear energy.  More than 1000 of the world’s top officials, experts, and researchers work continuously withing the framework of the NEA to find mutual solutions to the most difficult issues.

Director-General Magwood has led the NEA for six years and has reshaped many of its activities to meet the challenges that have emerged since the turn of the century.  He will draw upon his work with these countries and his long experience in the nuclear energy field to provide a brief history of the nuclear energy enterprise and then highlight the major challenges he views as essential to success of the global nuclear sector in responding to the world’s energy and environmental challenges.  Among those, he will discuss the failure of Western governments to conduct long-range R&D since the end of the Cold War and the current trend towards relying upon the private sector for advanced development.  He will discuss the role of nuclear safety regulators, the evolution of different approaches around the world, and how regulators will impact the development of new technologies.  He will also highlight the global conversation related to climate change and how nuclear energy fits in this significant policy issue. Finally, he will touch on the issues many view as the key barriers to nuclear expansion and reveal what he believes to be the single biggest challenge in the coming decades.

Bio Mr Magwood took up his duties as Director-General of the Nuclear Energy Agency (NEA) on 1 September 2014. He has extensive experience in both the regulatory and developmental aspects of nuclear energy, including at the international level.

From 2010 to 2014, he served as one of the five Commissioners appointed by the US President and confirmed by the US Senate to the US Nuclear Regulatory Commission (NRC). While a commissioner, he advocated the importance of nuclear regulatory independence and the necessity of maintaining strong, credible and technically sound nuclear regulation in the United States and all countries that use nuclear power.

Prior to his appointment at the NRC, from 2005 to 2010 he provided independent strategic and policy advice to US and international clients on energy, environment, education, and technology policy issues. From 1998 to 2005, Mr Magwood was Director of the US Government’s civilian nuclear energy programme at the US Department of Energy (DOE). During his tenure, he established the Idaho National Laboratory; created activities that reversed the decline of US nuclear technology education; and launched important initiatives such as the Generation IV International Forum (GIF) and the US “Nuclear Power 2010,” which helped restart nuclear plant construction in the United States. He was also actively involved in the work of the NEA, serving as a Steering Committee Bureau member from 1999 to 2005, including a term as Chair of the Steering Committee from 2004 to 2005.

Prior to his experience at the DOE, Mr Magwood managed electric utility research and nuclear policy programmes at the Edison Electric Institute in Washington, DC, and was a scientist at Westinghouse Electric Corporation in Pittsburgh, Pennsylvania. Mr Magwood, a US national, holds bachelor’s degrees in Physics and English from Carnegie Mellon University and a Master of Fine Arts from the University of Pittsburgh.

This distinguished lectureship honors the memory of David J. Rose (1922–1985), a renowned professor of nuclear engineering at MIT. The lectureship was established in December 1984 on the occasion of Professor Rose’s retirement and in recognition of his work in fusion technology, energy, nuclear waste disposal, and his concern with ethical problems arising from advances in science and technology.

Professor Rose received his bachelor’s degree in engineering physics from the University of British Columbia in 1947 and his doctorate in Physics from MIT in 1950. When the Department of Nuclear Engineering at MIT was formed in 1958, David Rose was invited to join the faculty. He went on to lead the development of the Department’s program in plasmas and controlled fusion, and remained a member of the MIT faculty for the rest of his professional career.

Professor Rose’s professional life encompassed three distinguished careers: scientist and engineer; technology/policy analyst; and bridge builder between the scientific and theological communities. He authored over 150 articles ranging from high technology to theology, and with Melville Clark wrote Plasmas and Controlled Fusion, which became the standard textbook in the field of fusion energy. Professor Rose’s book, Learning About Energy, which drew on two decades of research and teaching on energy technology and policy, was published posthumously. Before joining the MIT faculty, Professor Rose was a member of the technical staff at Bell Labs. While on leave from MIT in the early 1970s he served as the first director of the Office of Long Range Planning at Oak Ridge National Laboratory. He was honored as a Fellow of the American Academy of Arts and Sciences, a Fellow of the American Physical Society and a Fellow of the American Academy for the Advancement of Science. In 1975 Professor Rose received the Arthur Holly Compton Award of the American Nuclear Society for excellence in teaching, and at MIT he was the recipient of the James R. Killian Faculty Achievement Award in 1979. In 1986, the Board of Directors of Fusion Power Associates established a prize to be presented annually for excellence in fusion engineering in honor of Professor Rose.