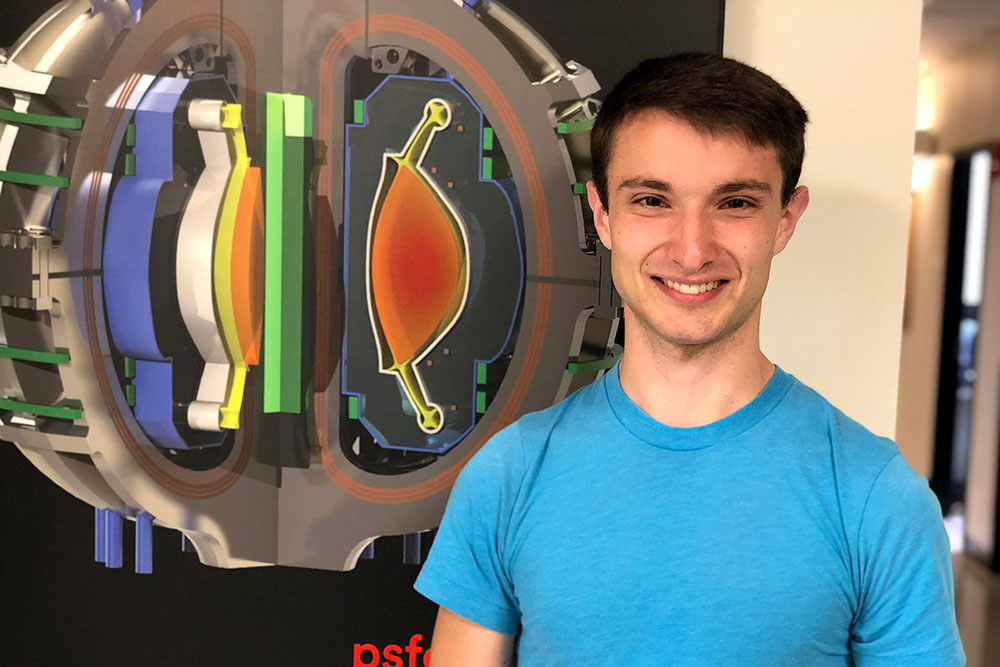 Nuclear Science and Engineering (NSE) graduate student Alex Creely has received the Kyushu University Itoh Project Prize for his poster “Cross-Machine Validation of TGLF and GENE on Alcator C-Mod and ASDEX Upgrade.” Creely, who does research at the Plasma Science and Fusion Center under the direction of NSE professor Anne White, received the award in July at the European Physical Society (EPS) Conference on Plasma Physics (Prague). The prize recognizes excellence in doctoral student plasma physics research.

By analyzing data from eleven plasma discharges in two fusion tokamaks — Alcator C-Mod (MIT) and ASDEX Upgrade (Max-Planck-Institute for Plasma Physics) — Creely is validating a reduced model for simulations, one that will help researchers predict plasma behavior without spending the time and money necessary for full simulations.

“Traditionally a validation study is on one or two plasma discharges,” Creely notes. “The point of this was to get a broader look at things.”

Creely will use this broader perspective to figure out experimentally when researchers can use the reduced model simulation.

“If possible, you’d like to run a simulation that only takes days, but sometimes you have to run the one that takes months. And we are not entirely sure when you need the lengthy simulation, and when you can use the shortcut.”

Named after Prof. Sanae Itoh of Kyushu University, the Itoh Project Prize is co-hosted by EPS and the Institute of Physics (IOP). Creely is the 14th student to be recognized for research excellence since the honor was established in 2005. The international award provides Creely a week-long visit to Kyushu University in Japan, where he will discuss his research.