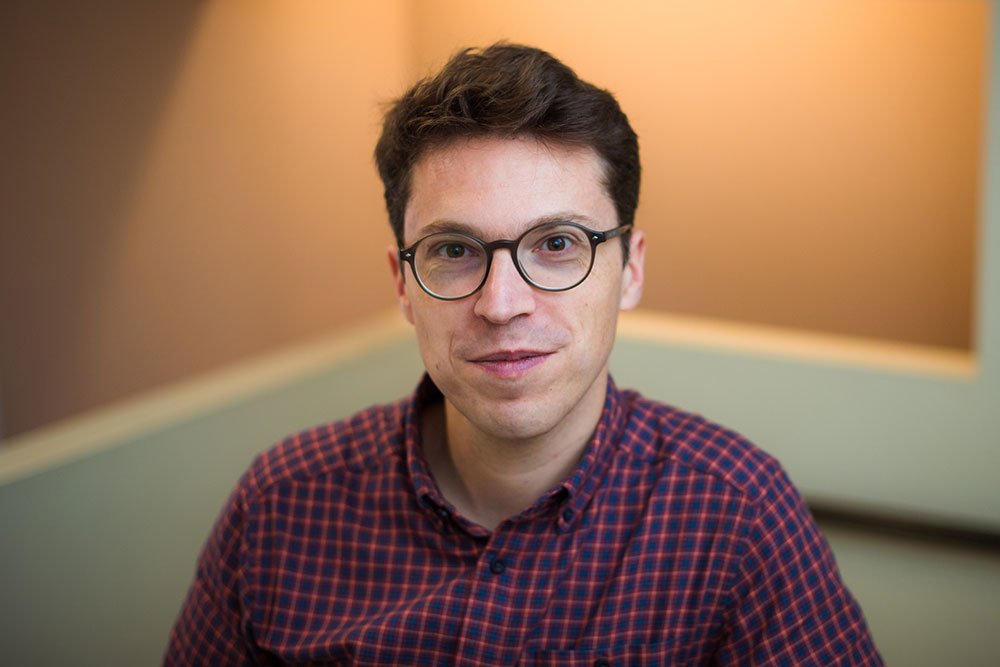 Difficult problems with big payoffs are the life blood of MIT, so it’s appropriate that plasma turbulence has been an important focus for theoretical physicist Nuno Loureiro in his first two years at the Institute, as assistant and now associate professor of nuclear science and engineering.

New turbulence-related publications by Loureiro’s research group are contributing to the quest to develop nuclear fusion as a practical energy source, and to emerging astrophysical research that delves into the fundamental mechanisms of the universe.

We see turbulence around us every day, when smoke rises through air, or milk is poured into coffee. While engineers can draw on substantial empirical knowledge of how it behaves, turbulence’s fundamental principles remain a mystery. Nobel laureate Richard Feynman referred to it decades ago as “the most important unsolved problem of classical physics,” and that still holds true.

But turbulence in air or coffee is a simple proposition compared to plasma turbulence. Ordinary gases and liquids can be modeled as neutral fluids, but plasmas are electromagnetic media. Their turbulent behavior involves both the particles in the plasma (typically electrons and ions, but also electrons and positrons in “pair plasmas”) and pervading electrical and magnetic fields. In addition, plasmas are often rarefied media where collisions are rare, creating an even more intricate dynamic. “There are several additional layers of complexity over neutral fluid turbulence,” says Loureiro.

This lack of first-principles understanding is hindering the adaption of fusion for generating electricity. Tokamak-style fusion devices, like the Alcator C-Mod developed at MIT’s Plasma Science and Fusion Center (PSFC) where Loureiro’s research group is based, are a promising approach, and recent spinout Commonwealth Fusion Systems (CFS) is working to commercialize the concept. But fusion devices have yet to achieve net energy gain, in large part because of turbulence.

Loureiro and his student Rogério Jorge, with co-author Prof. Paolo Ricci from the École Polytechnique Fédérale de Lausanne, Switzerland, recently helped advance thinking in this area with “Theory of the Drift-Wave Instability at Arbitrary Collisionality,” published in Physical Review Letters “This was amazing work by a fantastic student — a very complicated calculation that represents a qualitative advancement to the field,” notes Loureiro.

He explains that turbulence in tokamaks “changes ‘flavor’ depending on where you are — at the periphery or near the core. Both are important, but periphery turbulence has important engineering implications because it determines how much heat reaches the plasma-facing components of the device.” Preventing heat damage to materials, and maximizing operational life, are key priorities for tokamak developers.

The paper offers a novel and more-robust description of turbulence in the tokamak periphery caused by low-frequency drift waves, which are a key source of that turbulence and regulators of plasma transport across magnetic fields. And because the computational framework is especially efficient, the approach can be easily extended to other applications. “I think it’s going to be an important piece of work for the fusion concepts that PSFC and CFS are trying to develop,” says Loureiro.

A separate paper, “Turbulence in Magnetized Pair Plasmas,” which Loureiro co-authored with Prof. Stanislav Boldyrev of the University of Wisconsin-Madison, puts forward the first theory of turbulence in pair (electron-positron) plasmas. The work (published in The Astrophysical Journal Letters was driven in part by last year’s unprecedented observations of a binary neutron star merger and other discoveries in astrophysics that suggest pair plasmas may be abundant in space (though none has been successfully created on earth).

“A variety of astrophysical environments are probably pair-plasma dominated, and turbulent,” notes Loureiro. “Pair plasmas are quite different from regular plasmas. In a normal electron-ion plasma, the ion is about 2000 times heavier than the electron. But electrons and positrons have exactly the same mass, so there’s a whole range of behaviors that aren’t possible in a normal plasma and vice-versa.”

Because computational calculations involving equal-weight particles are much more efficient, researchers often run pair-plasma numerical simulations and try to extrapolate findings to electron-ion plasmas. “But if you don’t understand how they’re the same or different from a theoretical point of view, it’s very hard to make that connection,” points out Loureiro. “By providing that theory we can help tell which characteristics are intrinsic to pair plasmas and which are shared. Looking at the building blocks may impact electron-ion plasma research too.”

This theme of theoretical integration characterizes much of Loureiro’s work, and led to his being invited to present at a recent interdisciplinary event for plasma physicists and astrophysicists at New York City’s Flatiron Institute Center for Computational Astrophysics, an arm of a foundation created by billionaire James Simons ’58. It is also central to his role as a theorist within the MIT NSE ecosystem, especially on extremely complex challenges like fusion development.

“There are people who are driven by technology and engineering, and others who are driven by fundamental mathematics and physics. We need both,” he explains. “When we stimulate theoretically inclined minds by framing plasma physics and fusion challenges as beautiful theoretical physics problems, we bring into the game incredibly brilliant students, people who we want to attract to fusion development but who wouldn’t have an engineer’s excitement about new advances in technology. And they will stay on because they see not just the applicability of fusion but also the intellectual challenge. That’s key.”