Bell rings for round two of nuclear energy class 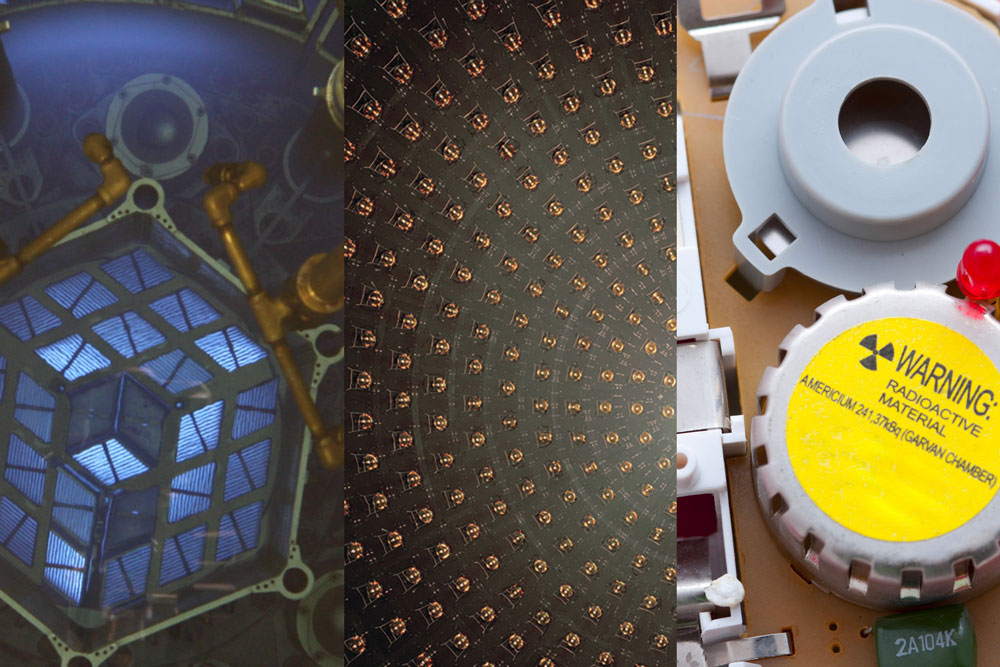 Back by popular demand, the EdX course “Nuclear Energy: Science, Systems and Society,” which debuted last year, will be offered again in spring 2020. More than 3,000 users hailing from 137 countries signed up for the class in its first go-round.

“We had hoped there was an appetite in the general public for information about nuclear energy and technology,” says Jacopo Buongiorno, TEPCO Professor of Nuclear Science and Engineering and one of the course instructors. “We were fully confirmed by this first offering.”

Unfolding over nine weeks, this massive open online course (MOOC) —the first offered by NSE — provides a primer on nuclear energy and radiation and the wide-ranging applic ations of nuclear technology in medicine, security, energy, and research. It aims not just to educate but to capture the interest of a distance learning audience not necessarily well acquainted with physics and mathematics.

“The MOOC builds on a tradition in our department of a freshman seminar that exposes students to a broad overview of the field,” says another instructor, Anne White, Professor and Head, Nuclear Science and Engineering. “We set ourselves the challenge of translating the experience of being MIT freshmen, who jump into something they know nothing about, and come out with excitement for the foundations of the field and its frontiers.”

“When we looked at MOOCS out in the world, a lot of them are wonderful but highly technical,” says White. “We had a different vision of what MIT could accomplish, and that was reaching a big audience of virtual freshmen.”

For last year’s launch, the MOOC was structured around three modules. The first, taught by Short, introduced nuclear science at the atomic level. “We focused on the basics—the nucleus and particles, and the technologies that naturally emerge out of the study of the discipline,” says Buongiorno. This included a close look at ionizing radiation, and how to measure it, with an invitation for online users to build a simple Geiger counter to measure radiation in their own backyards.

The second module, led by Buongiorno and Parsons, delved into how nuclear reactors function, what makes nuclear energy attractive, issues of safety and waste, and questions of nuclear power plant economics and policy.

The third module, taught by White, discussed magnetic fusion energy research, with a look at pioneering work at MIT and elsewhere dealing with high-magnetic field fusion. “We lay the foundation first for fission power, and see a lot of enthusiasm about decarbonizing the grid in the short term,” says White. “We then present fusion power and MIT’s SPARC experiment, which really captures students’ imagination with its potential as a future energy source.”

Translating key elements of nuclear science and technology syllabi from the MIT classroom setting to prerecorded video segments, slides, and online assessments for the MOOC proved a significant effort for instructors.

“Much of the material was drawn from classes we collectively taught and it took nearly a year to develop this curriculum and make sure it was the right content, at the right level,” says Buongiorno. “It was a huge challenge to make this intelligible and attractive to a much broader audience than usual, people without a science background or who might not be on the same page around energy.” It was, he adds, “more difficult than a typical class I teach.”

The MOOC included opportunities for students to interact with each other and the instructors at key junctures, through the means of online write-in forums. Buongiorno and his colleagues had hoped to duplicate online the vibrant interactions of residential classrooms, and even offer office hours, but it proved infeasible. “Because of the geographic distribution of participants, it made no sense; half of the students would be excluded because the event would be taking place in the middle of the night.”

In addition to this expansion, White envisions an eventual residential version of the course, where freshman could take the MOOC online and attend seminars on campus to receive MIT credit. “Our goal as a department is not just educating majors in nuclear science and engineering, but creating classes appealing to students outside the major,” she says. “It’s in the pipeline.”

Given rising concern about climate change, and the emergence of new technologies in fission and fusion, the timing of this MOOC seems propitious to its founding team.

“We’d like to have an impact with the course on the greater debate about the use of nuclear energy as part of the solution for climate change,” says Buongiorno. “The public in this debate needs science-based input and facts about different technologies, which is one of our major objectives.” Adds White, “We believe the course will appeal to folks working in government, policy, industry, as well as to those who are simply curious about what’s happening at the frontiers of our field.” says White.