Pursuing a practical approach to research 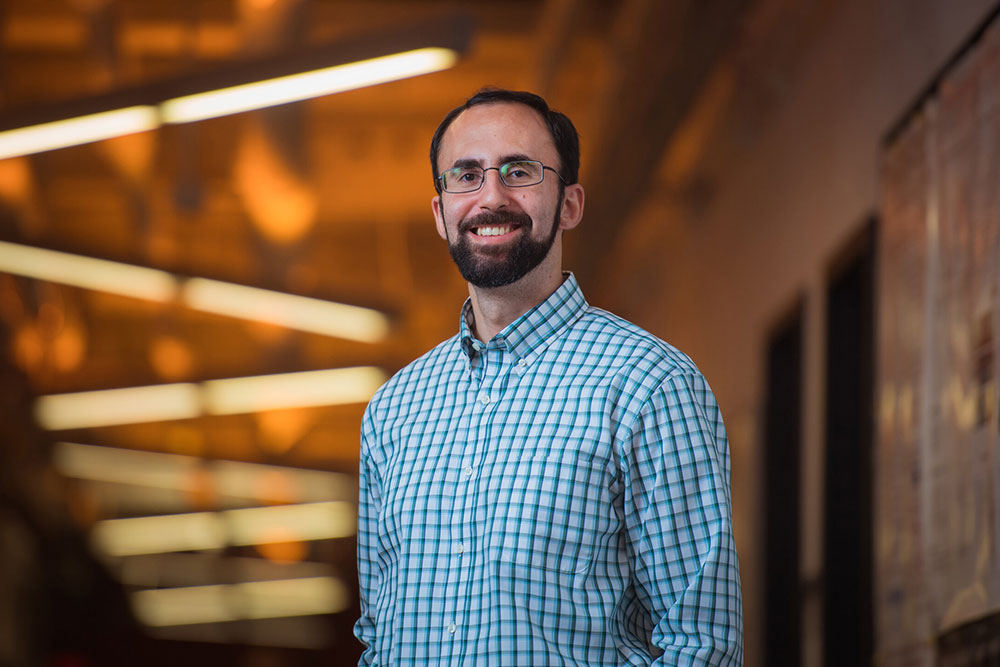 Koroush Shirvan, the John Clark Hardwick (1986) Career Development Professor at the  Department of Nuclear Science and Engineering (NSE), knows that the nuclear industry has traditionally been wary of innovations until they are shown to have proven utility. As a result, he has relentlessly focused on practical applications in his research, work that has netted him the 2022 Reactor Technology Award from the American Nuclear Society. “The award has usually recognized practical contributions to the field of reactor design and has not often gone to academia,” Shirvan says.

One of these “practical contributions” is accelerating the development of accident tolerant fuels (ATF), a program launched by the United States Nuclear Regulatory Commission in the wake of the 2011 Fukushima Daiichi incident. The goal within this program, says Shirvan, is to develop new forms of nuclear fuels that can tolerate heat. His team, with students from over 16 countries, is working on numerous possibilities that range in composition and method of production.

Another aspect of Shirvan’s research focuses on how radiation impacts heat transfer mechanisms in the reactor. The team found fuel corrosion to be the driving force. “[The research] informs how nuclear fuels perform in the reactor, from a practical point of view,” Shirvan says.

A summer internship when Shirvan was an undergraduate at the University of Florida in Gainesville seeded his drive to focus on practical applications in his studies. A nearby nuclear utility was losing millions because of crud accumulating on fuel rods. Over time, the company was solving the problem by using more fuel, before it had extracted all the life from earlier batches.

Placement of fuel rods in nuclear reactors is a complex problem with many factors–the life of the fuel, location of hotspots–affecting outcomes. Nuclear reactors change their configuration of fuel rods every 18-24 months to optimize close to 15-20 constraints, leading to roughly 200–800 assemblies. The mind-boggling nature of the problem means that plants have to rely on experienced engineers.

During his internship, Shirvan optimized the program used to place fuel rods in the reactor. He found that certain rods in assemblies were more prone to the crud deposits and reworked configurations–optimizing for these rods’ performance instead of adding additional assemblies.

In recent years, Shirvan has applied a branch of artificial intelligence–reinforcement learning–to the configuration problem and created a software program used by the largest U.S. nuclear utility. “This program gives even a layperson the ability to reconfigure the fuels and the reactor without having expert knowledge,” Shirvan says.

Shirvan’s own expertise in nuclear science and engineering developed quite organically. He grew up in Tehran and when he was 14, the family moved to Gainesville, where Shirvan’s aunt and family live. He remembers an awkward couple of years at the new high school where he was grouped in with newly arrived international students, and placed in entry-level classes. “I went from doing advanced mathematics in Iran to counting jelly beans,” he laughs.

Shirvan applied to the University of Florida for his undergraduate studies since it made economic sense–the school gave full scholarships to Floridian students who received a certain minimum SAT score. Shirvan qualified. His uncle, who was a professor in the nuclear engineering department then, encouraged Shirvan to take classes in the department. Under his uncle’s mentorship, the courses Shirvan took, and his internship, cemented his love of the interdisciplinary approach that the field demanded.

Having always known that he wanted to teach–he remembers finishing his math tests early in Tehran so he could earn the reward of being class monitor–Shirvan knew graduate school was next. His uncle encouraged him to apply to MIT and to the University of Michigan, home to reputed programs in the field. Shirvan chose MIT because “only at MIT was there a program on nuclear design. There were faculty dedicated to designing new reactors, looking at multiple disciplines, and putting all of that together.” He went on to pursue his masters and doctoral studies at NSE under the supervision of Mujid Kazimi, focusing on compact pressurized and boiling water reactor designs. When Kazimi passed away suddenly in 2015, Shirvan was a research scientist and switched to tenure track to guide the professor’s team.

Another project that Shirvan took in 2015: leadership of MIT’s course on nuclear reactor technology for utility executives. Offered only by the institute, the program is an introduction to nuclear engineering and safety for personnel who might not have much background in the area. “It’s a great course because you get to see what the real problems are in the energy sector … such as grid stability,” Shirvan says.

A multi-pronged approach to savings

Another very real problem nuclear utilities face: cost. Contrary to what one hears on the news, one of the biggest stumbling blocks to building new nuclear facilities in the United States is cost, which today can be up to three times that of renewables, Shirvan says. While many approaches such as advanced manufacturing have been tried, to decrease expenditures, Shirvan believes that the solution lies in designing more compact reactors.

His team has developed an open-source advanced nuclear cost tool and has focused on two different designs:  a small water reactor using compact steam generator technology and a horizontal gas reactor. Compactness also means making fuels more efficient, as Shirvan’s work does, and in improving the heat exchange device. It’s all back to the basics and bringing “commercial viable arguments in with your research,” Shirvan explains.

Shirvan is excited about the future of the U.S. nuclear industry, and that the 2022 Inflation Reduction Act grants the same subsidies to nuclear as it does for renewables. In this new level playing field, advanced nuclear still has a long way to go in terms of affordability, he admits. “It’s time to push forward with cost-effective design,” Shirvan says, “I look forward to supporting this by continuing to guide these efforts with research and work force development from my team.”