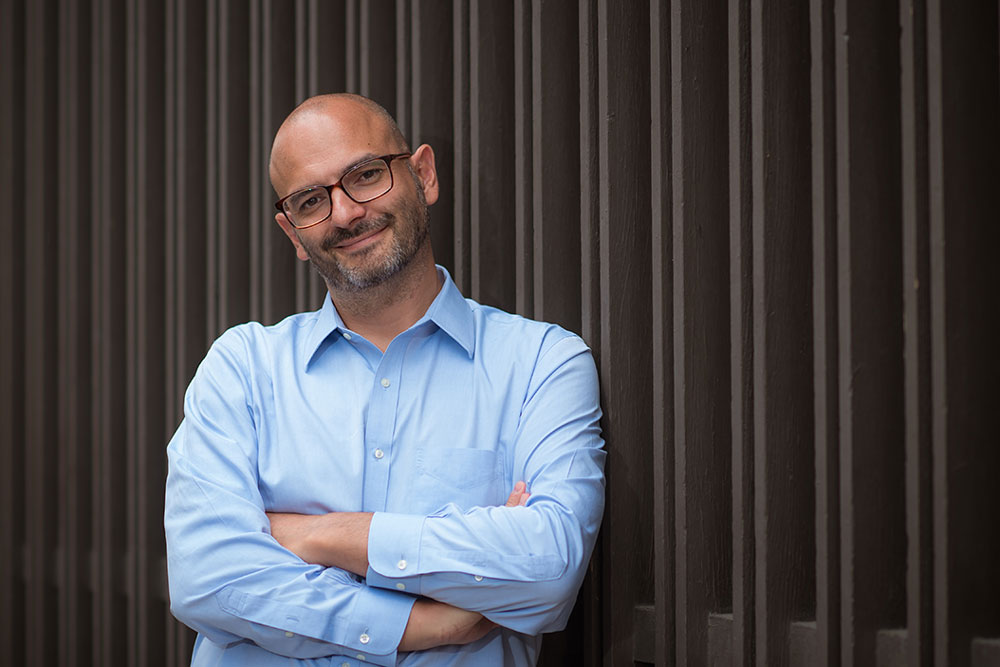 It is a problem that has beguiled scientists for a century. But, buoyed by a $625,000 Distinguished Early Career Award from the U.S. Department of Energy (DoE), Matteo Bucci, an associate professor in the Department of Nuclear Science and Engineering (NSE), hopes to be close to an answer.

Whether you’re heating a pot of water for pasta or are designing nuclear reactors, one phenomenon—boiling—is vital for efficient execution of both processes.

“Boiling is a very effective heat transfer mechanism, it’s the way to remove large amounts of heat from the surface, which is why it is used in many high-power density applications,” Bucci says. An example use case: nuclear reactors.

To the layperson boiling appears simple–bubbles form and burst, removing heat. But what if so many bubbles form and coalesce that they form a band of vapor that prevents further heat transfer? Such a problem is a known entity and is labeled the boiling crisis. It would lead to runaway heat, and a failure of fuel rods in nuclear reactors. So “understanding and determining under which conditions the boiling crisis is likely to happen is critical to designing more efficient and cost-competitive nuclear reactors,” Bucci says.

Early work on the boiling crisis dates back to 1926, nearly a century ago. And while much work has been done, “it is clear that we haven’t found an answer,” Bucci says. The boiling crisis remains a challenge because while models abound, the measurement of related phenomena to prove or disprove these models, has been difficult. “[Boiling] is a process that happens on a very very small length scale and over very, very short times,” Bucci says, “we are not able to observe it at the level of detail necessary to understand what really happens and validate hypotheses.”

But, over the past few years, Bucci and his team have been developing diagnostics that can measure the phenomena related to boiling and thereby provide much-needed answers to a classic problem. Diagnostics are anchored in infrared thermometry and a technique using visible light. “By combining these two techniques I think we’re going to be ready to answer standing questions related to heat transfer, we can make our way out of the rabbit hole,” Bucci says. The grant award from the US DOE for Nuclear Energy Projects will aid in this and Bucci’s other research efforts.

Tackling difficult problems is not new territory for Bucci who grew up in the small town of Città di Castello near Florence. Bucci’s mother was an elementary school teacher. His father used to have a machine shop, which helped develop Bucci’s scientific bent. “I liked Legos a lot when I was a kid, it was a passion,” he adds.

Despite Italy going through a severe pullback from nuclear engineering during Bucci’s formative years, the subject fascinated Bucci. Job opportunities in the field were uncertain but Bucci decided to dig in. “If I have to do something for the rest of my life, it might as well be something I like,” he jokes. Bucci attended the University of Pisa for undergraduate and graduate studies in nuclear engineering.

His interest in heat transfer mechanisms took root during his doctoral studies, a research subject he pursued in Paris at The French Alternative Energies and Atomic Energy Commission (CEA). It was there that a colleague suggested work on the boiling water crisis. This time Bucci set his sights on NSE at MIT and reached out to Professor Jacopo Buongiorno to inquire about research at the institution. Bucci had to fundraise at CEA to conduct research at MIT. He arrived just a couple of days before the Boston marathon bombing in 2013 with a round-trip ticket. But Bucci has stayed ever since, moving on to become a research scientist and then Associate Professor at NSE.

Bucci admits he struggled to adapt to the environment when he first arrived at MIT but work and friendships with colleagues–he counts NSE’s Guanyu Su and Reza Azizian as among his best friends–helped conquer early worries.

The integration of artificial intelligence

In addition to diagnostics for boiling, Bucci and his team are working on ways of integrating artificial intelligence and experimental research. He is convinced that “the integration of advanced diagnostics, machine learning and advanced modeling tools will blossom in a decade.”

Bucci’s team is developing an autonomous laboratory for boiling heat transfer experiments. Running on machine learning, the setup decides which experiments to run based on a learning objective the team assigns. “We formulate a question and the machine will answer by optimizing the kinds of experiments that are necessary to answer those questions,” Bucci says, “I honestly think this is the next frontier for boiling,” he adds.

“It’s when you climb a tree and you reach the top, that you realize that the horizon is much more vast and also more beautiful,” Bucci says of his zeal to pursue more research in the field.

Even as he seeks new heights, Bucci has not forgotten his origins. Commemorating Italy’s hosting of the World Cup in 1990, a series of posters  showcasing a soccer field fitted into the Roman Colosseum, occupies pride of place in his home and office. Created by Alberto Burri, the posters are of sentimental value: The (now deceased) Italian artist also hailed from Bucci’s hometown — Città di Castello.