MIT releases report on The Future of the Nuclear Fuel Cycle 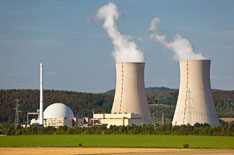 The United States and other countries around the world looking to nuclear power for their energy needs must consider how spent fuel will be handled as they construct new plants and examine existing ones, especially in light of the recent crisis in Japan, according to a comprehensive study from MIT.

The ongoing problems at Japan's Fukushima Daiichi powerplant — caused by the March 11 earthquake and tsunami — have been significantly exacerbated by the presence of used fuel housed in the reactor buildings, and demonstrate the urgency needed in dealing with such waste, the report's authors say. It specifically underscores the importance of finding a way to deal with the growing amount of spent nuclear fuel housed at existing U.S. nuclear plants.