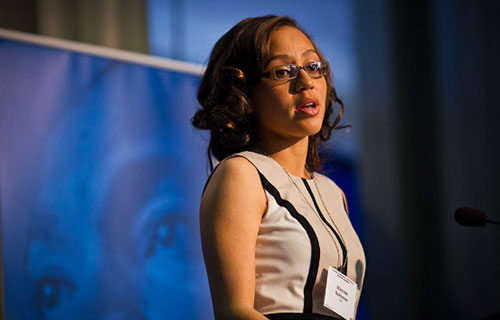 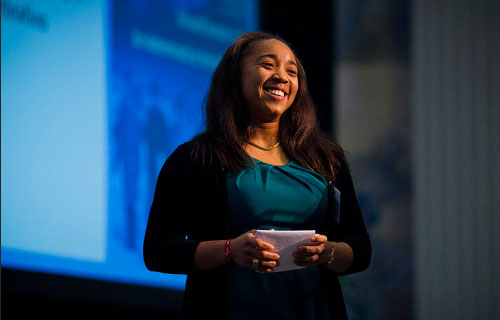 As the MIT community gathered for the 40th annual breakfast celebration of the life and legacy of Martin Luther King Jr., speakers reflected on how much the nation has progressed toward his dream of inclusiveness over those decades — as well as on the need to keep working toward that vision, despite the fact that signs of racism in society have become less obvious.

Graduate student Mareena Robinson, who is pursuing a doctorate in nuclear science and engineering, spoke on King’s leadership during the early days of the civil rights movement. “Unlike race relations today, where prejudice and discrimination is subtle and often denied by the ones who perpetrate it, the discrimination of that time was undeniable, inescapable, and not to be apologized for,” she said.

Margo Batie, a senior majoring in physics and nuclear science and engineering, recalled her own progression from an inner-city high school in Los Angeles — a school with a 51 percent dropout rate — to the daunting challenges of MIT. “I don’t want to come here and have the one fact that distinguishes me from everyone else on this campus to be my inner-city upbringing,” she said. “I also don’t want to go home and be deemed the ‘one who made it out.”