On April 28th and 29th, MIT NSE and CANES held a symposium to honor Professor Michael Driscoll, who is celebrating his 80th birthday this year. Over 90 colleagues and students, past and present, were in attendance.

More than 20 papers were presented in six sessions over the two days of the symposium. The speakers included several of Professor Driscoll’s former students, many of whom began their talks with favorite anecdotes or “Driscoll stories”. Several remembered the hand-written notes (also known as “Driscollgrams”) they received with extensive and thoughtful comments and questions from Professor Driscoll — often very early in the morning, just a few hours after they had submitted their thesis drafts.

Professor Mujid Kazimi kicked off the presentations with some reflections on how to match reactors to their missions. In the Thermal Reactors session Professor Kord Smith’s presentation, entitled “Advanced Computational Reactor Physics Methods: Are Computer Predictions More Accurate than Driscoll’s Pen and Paper”, drew much laughter from the audience.

Professor Neil Todreas, co-chair of the organizing committee for the symposium along with Professor Kazimi and Professor Tom Downar of the University of Michigan, opened the lunchtime discussion with recollections of the role Professor Driscoll had played as a mentor to him when he joined the MIT faculty. Marc Goldsmith, outgoing president of the American Society of Mechanical Engineering and a former student of Professor Driscoll’s, also reflected on the profound impact of Professor Driscoll’s mentoring on his intellectual and personal development.

In the concluding session of the first day, on the “Fuel Cycle Front and Back End”, Dr. Patrick Brady of Sandia National Laboratory and Ethan Bates, a current doctoral student of Professor Driscoll’s, discussed the deep borehole concept for nuclear waste disposal. As Secretary of Energy Ernie Moniz noted in a congratulatory letter, it is largely thanks to the sustained research on deep boreholes by Professor Driscoll and his students over a period of two decades despite a lack of governmental interest that this option for nuclear waste disposal is attracting renewed interest today.

The first day of the symposium concluded with a banquet at which Professor Driscoll presented his ‘wish list’ of innovations to advance nuclear energy. These include cheap grid scale storage, implementation of a carbon tax, development of nuclear hybrid systems for improved economic competitiveness such as the FHR (the fluoride salt-cooled high-temperature reactor), and rebuttal of the linear no-threshold theory of radiation health risk. He also expressed cautious optimism about the prospects for small modular reactors. Summing up, Professor Driscoll charged all in attendance to “go forward and make it so!”.

The banquet concluded with the announcement by NSE Department Head Professor Richard Lester of a new fellowship, the Michael J. Driscoll Graduate Fellowship in Nuclear Science and Engineering, which will support a graduate student in NSE every year in perpetuity. 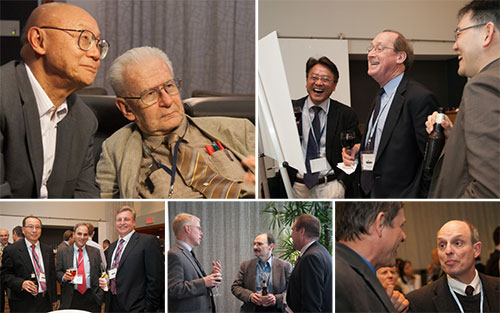 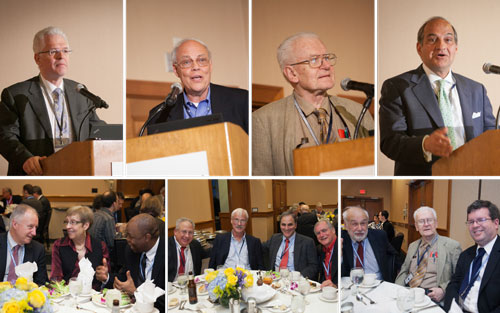 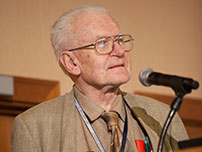