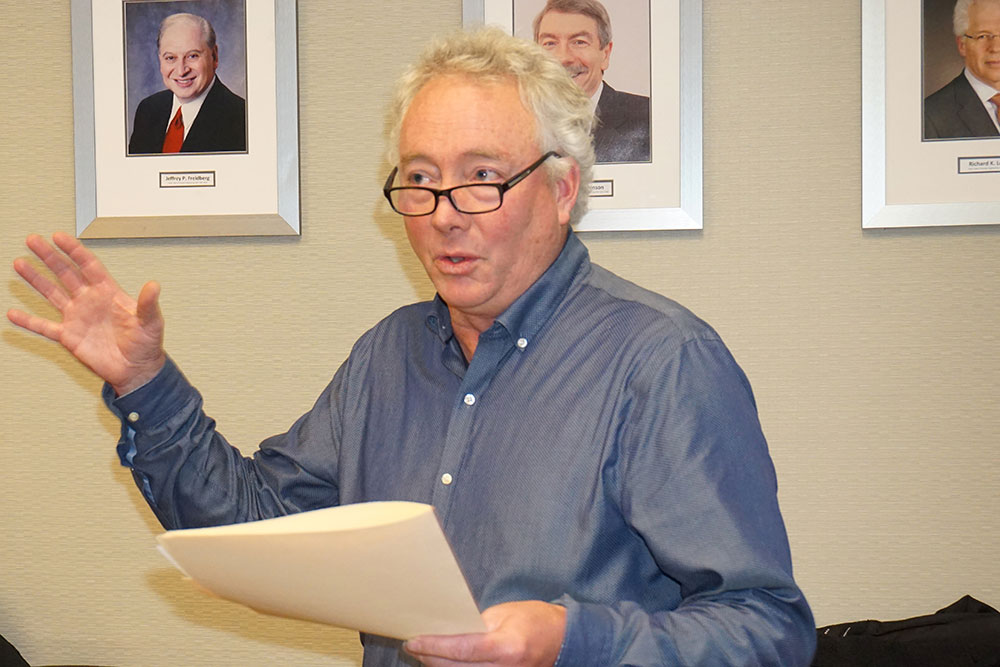 The Department of Nuclear Science and Engineering celebrated the 60th Anniversary of its founding in 2018. As part of the celebration, the Department honored Manson Benedict, the first Department Head. NSE dedicated the departmentdepartment’s conference room to commemorate Benedict’s legacy of comradery and collegiality. Dennis Whyte made the following comments at the dedication ceremony.

Looking at the career of Manson Benedict is awe inspiring. He started as a chemical engineer. He was famous for designing the uranium enrichment systems at ORNL necessary for the Manhattan project — a colossal task (done without computers!) You couldn't give him enough awards for this contribution alone! (go see the beautiful poster for details). But after being a key part of developing a weapon that changed the world he turned to peaceful uses of nuclear, and luckily for us, primarily did this at MIT by joining the faculty in the early 1950s and literally beginning the start of the academic study of nuclear science and engineering.

The department officially formed in 1958 — thus our anniversary celebration today. Those are the “dry facts” but I’d like to make two observations. First, I have seen it enough to be true that the beginning of things really, really matter, particularly organizations. Organizations founded in trickery or exploitation of people or “meanness”, don’t turn around at some time later on and become open, welcoming, and collegial. We have Manson Benedict to thank for the “ethos” of our department by the nature of the people he hand-picked to be the department and by the examples in his leadership. I never had the pleasure to meet him, but every single account was of a humble, hard-working person who highly valued his colleagues. So thank you Manson, and for the people who followed in his footsteps, for founding a department that indeed “open, welcoming and collegial” that those of later came to cherish as a place to work.

A second observation is on the quality and longevity of the department — two coupled issues for departments — quality and longevity go hand in hand. Manson was obviously a brilliant scientist in his own right, but he also essentially invented what a leading NSE department looks like as an applied science and engineering discipline. I often comment that if you looked at the CVs and publication records of our NSE faculty it would be hard to guess they were in the same department! Yet here we are following the successful “architecture”of being both multi-disciplinary AND leading edge in your discipline AND applying this to NSE. And wonderful too that the department could evolve around this fundamental idea.

And this brings us to the 60th year anniversary. Of course we had a large celebration at the 50th ten years ago, and indeed there was much to celebrate about the accomplishments of the department’s faculty and alumni. It is difficult not to be awed by the changes in the department since then — and here I want to explicitly thank the leadership in the department during that time — Ian [Hutchinson] and Richard [Lester] — thanks to their herculean efforts we went from the oldest faculty to the youngest average faculty in 10 years. But it was more than just youth — go look on the first floor of the at the MIT spotlights of our faculty and students. This is a direct testimony to the talent and dedication of our young faculty — I’ll be biased and say the highest puncher per pound at MIT. It is a true privilege for those of more “senior” to be your colleagues. And so while the 50th looked back, what I see is a department firmly looking forward to amazing things over the next decades from all of you.

As we look forward, it’s always important to remember and reflect on how we got here — and my hope is we all recall this as we walk into this space. It is my pleasure to officially inaugurate the Manson Benedict Conference Room.