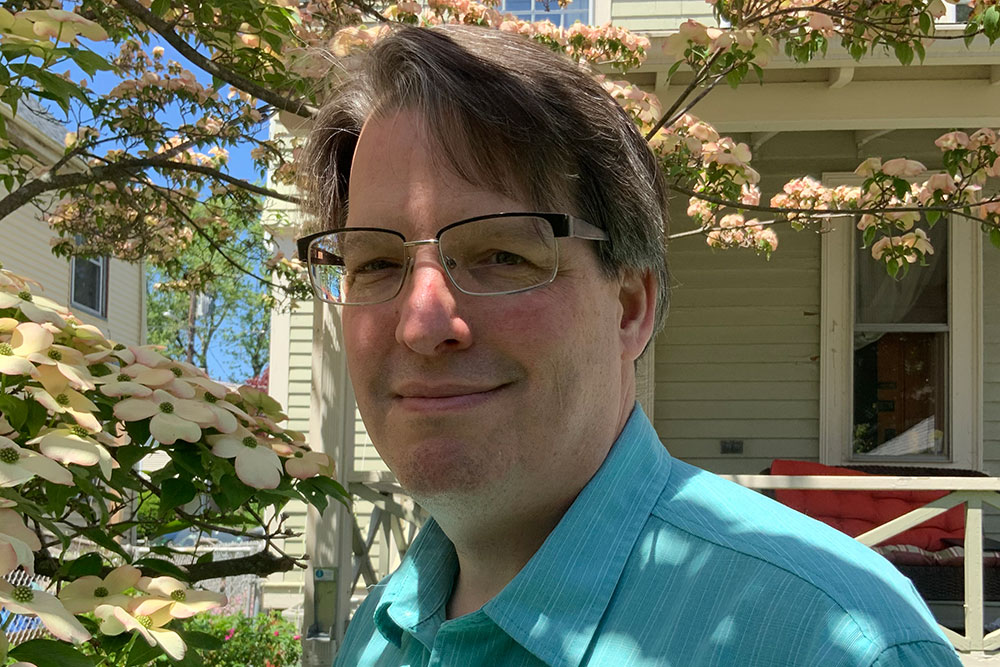 Peter Brenton received the School of Engineering’s 2020 Ellen J. Mandigo Award for Outstanding Service. Brenton joined MIT in 1996 as fiscal officer at the Plasma Science and Fusion Center. In 2002 he transitioned to the Department of Nuclear Science and Engineering (NSE) as the Administrative Coordinator, a position he still holds today.

“Pete’s office is the hub of our day to day activities. He is a great strategic thinker and problem solver,” says Anne. “But most importantly, he is a firm believer in community, in team building and collaboration. He demonstrates these qualities not only in his management style, but also in his leadership and in his personal actions. He leads by doing.

At MIT Brenton was a part of the original committee to design the MIT Purchasing Card policy. He has worked on administrative committees on the travel program, financial systems design, and employee training and development at MIT.

Currently Brenton is the Chair of the Administrative Advisory Council II (aacii.mit.edu), a committee of 18 MIT administrators which provides a forum for Department administrators and administrators from central offices to discuss and develop strategies to make administration more effective and efficient at MIT.

Brenton holds an MBA in Accounting from the Sawyer School of Management at Suffolk University, and a BA in Psychology from Clark University. Before coming to MIT Brenton worked for the State of Massachusetts and the university of Chicago.

The Ellen Mandigo Award recognizes staff who have demonstrated, over an extended period of time, the qualities Ms. Mandingo valued and possessed in great abundance during her long career at MIT: intelligence, skill, hard work, and dedication to the Institute. The Award is given annually and carries a cash prize of $5000.

Vera Sayzew of the Department of Electrical Engineering and Computer Science is also a winner of this year’s Ellen J. Mandigo Award. NSE’s Valerie Censabella won the award in 2009, the first year it was awarded; Anita Kafka in 2011.