Nuclear solutions for society — past and present 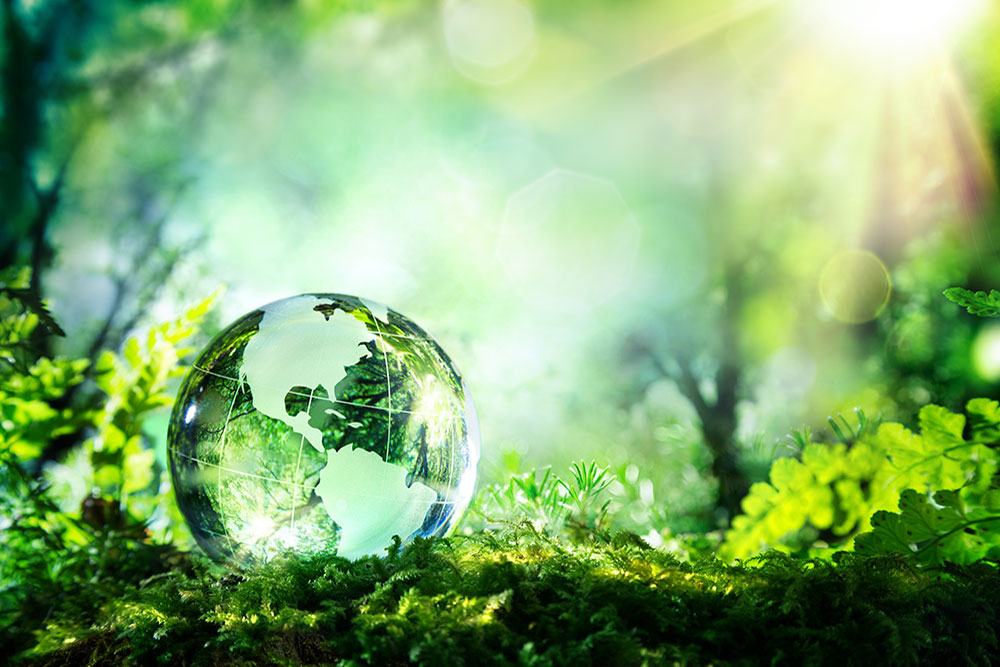 The race is on to steer the world’s energy systems away from carbon, and “new nuclear technologies may point the way,” said William D. Magwood IV, director-general of the Nuclear Energy Agency (NEA), at the 2021 David J. Rose Lecture. Whether small modular reactors, mobile reactors, next generation nuclear plants, or fusion energy, “the surge in nuclear technology innovation is the greatest since the 1950s,” and will likely play a vital role in the decarbonization of economies, he said.

The biennial lecture series was established in memory of Rose (1922–1985), a professor of nuclear engineering at MIT renowned for his work in fusion technology, energy, nuclear waste disposal, and engagement with ethical problems emerging from advances in science and technology. Hosted by the Department of Nuclear Science and Engineering (NSE), the event was conducted virtually for the first time.

Introductory speakers included Maria Zuber, E. A. Griswold Professor of Geophysics and vice president for research at MIT, and Richard Lester PhD ‘80, Japan Steel Industry Professor and associate provost at MIT, who discussed the prominent place of the Institute’s nuclear scientists and engineers in developing new technologies for the clean energy transition, and the international cooperation required to bring these technologies into service on a large scale.

If anyone can offer a global perspective on the field, it’s Magwood. At the NEA, where he has worked since 2014, he leads a 34-nation alliance on efforts to advance nuclear technology science, safety, infrastructure, education, and law.

Magwood believes rising global concerns about decarbonization present new opportunities for nuclear energy. Securing an 85% reduction in emissions in the next few decades will require “a feat in the history of the planet never before achieved,” he said, , citing the findings of a 2019 NEA study that renewable, intermittent sources like wind and solar cannot do the job on their own without dispatchable low-carbon technologies such as nuclear. For nations seeking a cost-effective, low- or no-carbon energy system that can be realized within two decades, nuclear energy should be part of the mix. “We found that long-term operating nuclear power plants are the least costly approach to low-carbon electricity,” he said.

Unfortunately, said Magwood, “electricity markets have not recognized the value nuclear plants bring.” The U.S. and other western nations are settling for safety upgrades or decommissioning operating reactors. “When I go to international meetings on climate change, it’s difficult to find anybody talking about energy at all, much less nuclear; it’s all about efficiency and planting trees.”

Given this resistance, he believes that new nuclear technology, such as advanced small modular reactors (SMRs) “may fit more easily in today’s market and societal environment.” These reactors offer advantages over conventional, large nuclear plants: smaller physical infrastructure; application in industrial settings as well as for power generation; reduced capital investment; mobility. “There are around 70 projects involving these new technologies that are very exciting,” he said.

Within this international effort to develop new technologies, MIT is staking a significant claim, said Zuber. The Institute has launched wide-ranging initiatives at the nexus of climate and energy, and projects underway at NSE and the MIT Plasma Science and Fusion Center in fission and fusion technologies are “among the most promising and potentially game changing work going on at MIT,” she said. “I’m confident MIT will play a leading role in furthering nuclear energy as one critical response to climate change.”

But moving the world toward low-carbon energy will require more than new technology, noted Lester. The rise of nationalism and anti-science sentiment are barriers to a united response to the global climate crisis. “Our field of nuclear science and engineering is among the most globalized of technology fields, with research on the peaceful applications of nuclear an international endeavor from the beginning,” he remarked. But today, academic globalism is under threat.

“It’s so important to work with other countries on issues where our interests align even when we disagree about much else,” said Lester, and our students and faculty must “stand firm on the value of international cooperation in research, education, and technology applications.”

These challenges are not lost on Magwood. Governments will need to work together to propel the most promising technologies to market, paving the way with significant investments. The economics of new nuclear technologies won’t work on a global basis until it’s possible to build reactors the way the aircraft industry builds jets, making the product in one nation and selling to another, he said. Regulators and regulations must quickly adapt to these new technologies. More students must be educated in nuclear science and engineering worldwide to ensure these next technologies can move quickly to fruition.

Success in these endeavors depends on the “intimate link between nuclear technology and society,” said Magwood, who served as one of five members of the U.S. Nuclear Regulatory Commission, and director of the civilian nuclear energy program at the U.S. Department of Energy (DOE), where he established the Idaho National Laboratory and launched initiatives to restart nuclear plant construction in the U.S.

Magwood demonstrated this link in a brief history of nuclear energy programs, starting with the post-war “Atoms for Peace” effort spearheaded by President Dwight Eisenhower, which sparked the Atomic Energy Commission (AEC). This led to an astonishing spurt of activity including demonstrations of the first commercial nuclear plants, generating electricity for the grid, and nuclear fuel reprocessing technologies.

“It’s a remarkable thing to reflect on that from the early 1950s, it took only 15 to 20 years for the AEC to put the pieces together,” he said. “In our time it’s almost impossible to imagine that much progress in a short period.”

The U.S. and other nuclear energy programs proceeded on a bumpier path in subsequent years, with Cold War atomic weapons testing, radiation fears, a rapid expansion of the global “nuclear club” and fears of proliferation. Then accidents at Three Mile Island (1979) and Chernobyl (1986) amplified public anxiety in nuclear technology, leading to some nations’ retreat from nuclear energy.

“I was a political junkie watching Clinton’s first State of the Union message with a pen and clipboard as he talked about cutting the budgets for ‘unnecessary’ programs such as nuclear R&D,” recalled Magwood.

By 1998, DOE’s funding for nuclear technology research “literally hit zero,” the number of undergraduates enrolled in nuclear engineering went below 500 across the U.S., and, said Magwood, “many thought this technology and discipline was basically dead.”

But it wasn’t. A “nuclear renaissance” followed in the 2000s, as nuclear energy proved its worth in a market increasingly dominated by natural gas, and as the perils of climate change appeared ever sharper. “We found better ways of running nuclear plants, at higher capacities, for longer periods, making nuclear power both cheapest on the grid and most reliable, earning huge amounts of money for utilities,” he said.

Then came the “game changer”: the May 11, 2011 accident at the Fukushima Daiichi facility. “It’s an event that still has great ramifications around the world,” said Magwood, noting that the accident propelled industry and governments to focus on extreme events and on disaster recovery.

Today, Magwood worries that with emissions still increasing, “the global response to climate change is more rhetoric than action.”  Yet he remains optimistic. Nuclear technology innovation is burgeoning, “with young people around the world at the forefront,” he said. “Many countries without nuclear capacity are working hard to deploy new nuclear plants, and more countries recognize that renewables are not enough.”  The story must be “that we can both have an advanced, electric-driven society and save the planet” said Magwood, “and I believe that nuclear energy can be part of that story.”