Seeing an elusive magnetic effect through the lens of machine learning 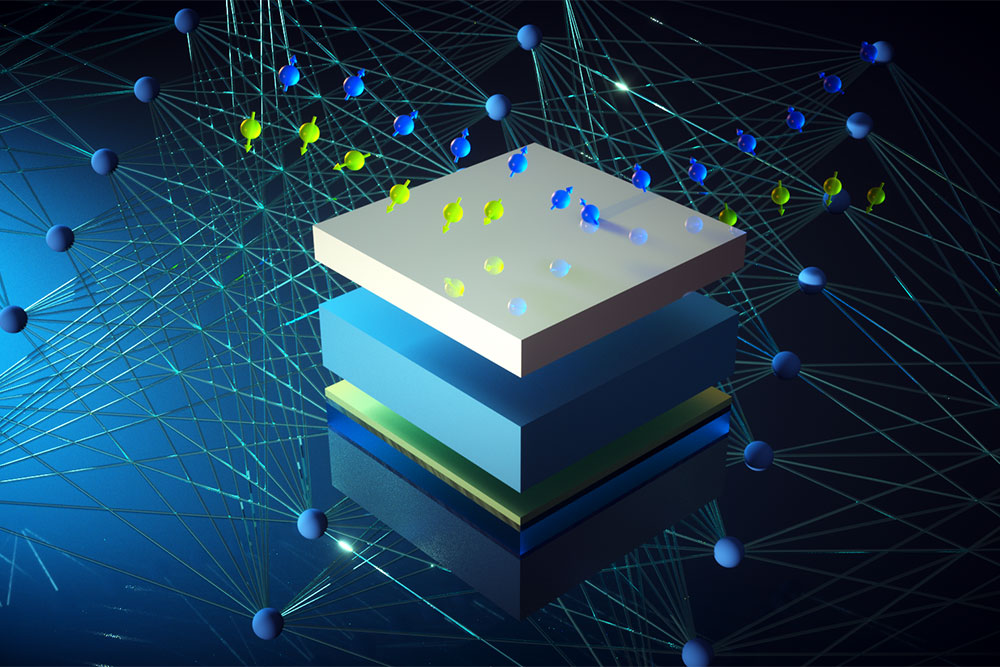 Superconductors have long been considered the principal approach for realizing electronics without resistivity. In the past decade, a new family of quantum materials, “topological materials,” has offered an alternative but promising means for achieving electronics without energy dissipation (or loss). Compared to superconductors, topological materials provide a few advantages, such as robustness against disturbances. To attain the dissipationless electronic states, one key route is the so-called “magnetic proximity effect,” which occurs when magnetism penetrates slightly into the surface of a topological material. However, observing the proximity effect has been challenging.

The problem, according to Zhantao Chen, a Mechanical Engineering PhD student, “is that the signal people are looking for that would indicate the presence of this effect is usually too weak to detect conclusively with traditional methods.” That’s why a team of scientists—based at MIT, the Pennsylvania State University, and the National Institute of Standards and Technology—decided to try a non-traditional approach, which ended up yielding surprisingly good results.

What lies beneath, and between, the layers

For the past few years, researchers have relied on a technique known as polarized neutron reflectometry (PNR) to probe the depth-dependent magnetic structure of multilayered materials, as well as to look for phenomena such as the magnetic proximity effect. In PNR, two polarized neutron beams with opposing spins are reflected from the sample and collected on a detector. “If the neutron encounters a magnetic flux, such as that found inside a magnetic material, which has the opposite orientation, it will change its spin state, resulting in different signals measured from the spin up and spin down neutron beams,” explains Nina Andrejevic, PhD in Materials Science and Engineering. As a result, the proximity effect can be detected if a thin layer of a normally non-magnetic material—placed immediately adjacent to a magnetic material—is shown to become magnetized.

But the effect is very subtle, extending only about 1 nanometer (nm) in depth, and ambiguities and challenges can arise when it comes to interpreting experimental results. “By bringing machine learning into our methodology, we hoped to get a clearer picture of what’s going on,” notes Mingda Li, the Norman C. Rasmussen Career Development Professor in the Department of Nuclear Science and Engineering who headed the research team. That hope was indeed borne out, and the team’s findings were in a paper in Applied Physics Review published in March, 2022.

The researchers investigated a topological insulator—a material that is electrically insulating in its interior but can conduct electric current on the surface. They chose to focus on a layered materials system comprising the topological insulator bismuth selenide (Bi2Se3) interfaced with the ferromagnetic insulator europium sulfide (EuS). Bi2Se3 is, by itself, a non-magnetic material, so the magnetic EuS layer dominates the difference between the signals measured by the two polarized neutron beams. However, with the help of machine learning, the researchers were able to identify and quantify another contribution to the PNR signal—the magnetization induced in the Bi2Se3 at the interface with the adjoining EuS layer. “Machine learning methods are highly effective in eliciting underlying patterns from complex data, making it possible to discern subtle effects like that of proximity magnetism in the PNR measurement,” Andrejevic says.

When the PNR signal is first fed to the machine learning model, it is highly complex. The model is able to simplify this signal so that the proximity effect is amplified and thus becomes more conspicuous. Using this pared-down representation of the PNR signal, the model can then quantify the induced magnetization—indicating whether or not the magnetic proximity effect is observed—along with other attributes of the materials system, such as the thickness, density, and roughness of the constituent layers.

“We’ve reduced the ambiguity that arose in previous analyses, thanks to the doubling in the resolution achieved using the machine learning-assisted approach,” says Leon Fan and Henry Heiberger, undergraduate researchers participating in this study. What that means is that they could discern materials properties at length scales of 0.5 nm, half of the typical spatial extent of proximity effect. That’s analogous to looking at writing on a blackboard from 20 feet away and not being able to make out any of the words. But if you could cut that distance in half, you might be able to read the whole thing.

The data analysis process can also be sped up significantly through a reliance on machine learning. “In the old days, you could spend weeks, fiddling with all the parameters until you can get the simulated curve to fit the experimental curve,” Li says. “It can take many tries because the same [PNR] signal could correspond to different combinations of parameters.”

“The neural network gives you an answer right away,” Chen adds. “There’s no more guesswork. No more trial and error.” For this reason, the framework has been installed in a few reflectometry beamlines to support the analysis of broader types of materials.

Some outside observers have praised the new study—which is the first to evaluate the effectiveness of machine learning in identifying the proximity effect, and among the first machine-learning-based packages used for PNR data analysis. “The work by Andrejevic et al. offers an alternative route to capturing the fine details in PNR data, showing how higher resolution can be consistently achieved,” said Kang L. Wang, Distinguished Professor and Raytheon Chair in Electrical Engineering at UCLA.

“This is really an exciting advance,” commented Chris Leighton, the Distinguished McKnight University Professor at the University of Minnesota. “Their new machine learning approach could not only greatly accelerate this process but also squeeze even more materials information from the available data.”

The MIT-led group is already considering expanding the scope of their investigations. “The magnetic proximity effect is not the only weak effect that we care about,” Andrejevic says. “The machine learning framework we’ve developed is readily transferable to different kinds of problems, such as the superconducting proximity effect, which is of great interest in the field of quantum computing.”

This research was funded by the U.S. Department of Energy, Office of Science, Neutron Scattering Program.

Written by Steven Nadis. Rendering courtesy of the researchers.