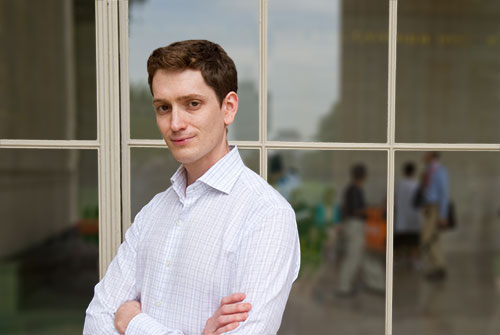 All engineering disciplines interact with society, but nuclear engineering is a special case, inexorably bound up with critical issues of our era: energy, the environment, and international security. Developing a deeper understanding of the interplay of nuclear technology and society and building these insights into new models of engineering leadership are central elements of MIT NSE’s strategic plan, and the appointment of assistant professor R. Scott Kemp marks a milestone in extending research and teaching in this area in NSE.

Kemp’s background includes an undergraduate degree in physics from the University of California at Santa Barbara and a Ph.D. from Princeton University’s Woodrow Wilson School of Public and International Affairs — a combination that enables him to conduct integrated technical and policy analyses of global security issues, with special emphasis on nuclear proliferation.

There is a need, says Kemp, for "a major correction in the trajectory of our nonproliferation policy. It’s getting much easier for countries to do what they want, to find obscure bits of information that can be pieced together to create what might be regarded as classified knowledge, and to build technology that was previously thought to be esoteric and difficult.” Kemp, who recently served as the State Department’s science advisor for nonproliferation and arms control, argues the importance of “studying how current policy evolved — do the technical assumptions still hold, or is a new perspective needed?”

To this end, Kemp brings historical analysis to bear on current nuclear issues. An example is a series of recent publications on centrifuge enrichment, a technology that can produce highly enriched uranium for nuclear weapons. Kemp showed that this type of enrichment capability is relatively easy to establish and difficult to detect — facts that were known at the time of its invention in the late 1950s, but which were suppressed because “the necessary course corrections would have conflicted with larger foreign policy goals,” says Kemp. As a result, generations of policymakers have worked under sets of assumptions that don’t incorporate the facts.

Kemp intends “to seek out situations where technology is poorly understood, but where its properties are critical to policymaking.” He has recently written about a newer enrichment technology, the SILEX laser-based process. “A lot of the analytical work on that derives directly from its underlying technical properties,” he notes. “These properties need to be factored into decisions that shape the nuclear fuel cycle.”

Kemp’s initial MIT class will begin in Spring 2013. Plans are still being finalized, but it will likely target sophomores and focus on the intersection of nuclear power and society. “Engineering is a creative process,” says Kemp. “Nuclear engineers benefit from understanding the social constraints that their inventions face. Ultimately, nuclear technology needs to harmonize many concerns to win public acceptance, not simply optimize a small set of parameters.” He cites issues like waste handling, radiation concerns, and regulatory capture as areas that could be better addressed.

“There’s no engineering answer to these questions,” cautions Kemp, “but engineers can’t ignore the constraints. They need to be aware that they exist, and be able to work with them.” He also wants to help engineers think about when nuclear power is appropriate. “We need to think about how nuclear options measure up to other renewables, and the implications of choosing one over another. We need to be comfortable living with these choices for the next 60 to 80 years.”

Kemp hopes to help the department build interdisciplinary programs linking NSE with other parts of the Institute, like the Program in Science, Technology and Society and policy-oriented units in the School of Humanities, Arts and Social Sciences as well as other units in the schools of engineering and science. “There is an opportunity to establish more formal connections around nuclear security and even non-nuclear areas,” says Kemp, who has also written about cyber security and space-based weapons. “The Institute is unparalleled in its scientific and technical creativity; engineers who can also navigate the world's social complexities will be vital to solving our great challenges.”

"Nuclear engineers benefit from understanding the social constraints that their inventions face. Ultimately, nuclear technology needs to harmonize many concerns to win public acceptance, not simply optimize a small set of parameters." 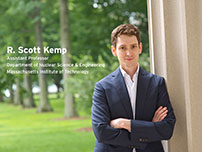