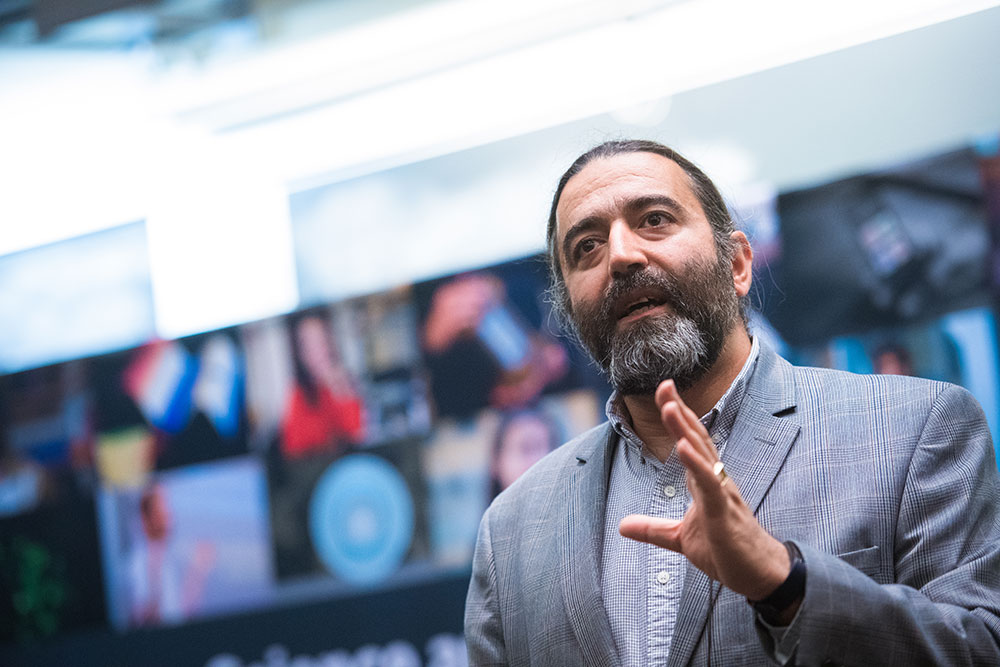 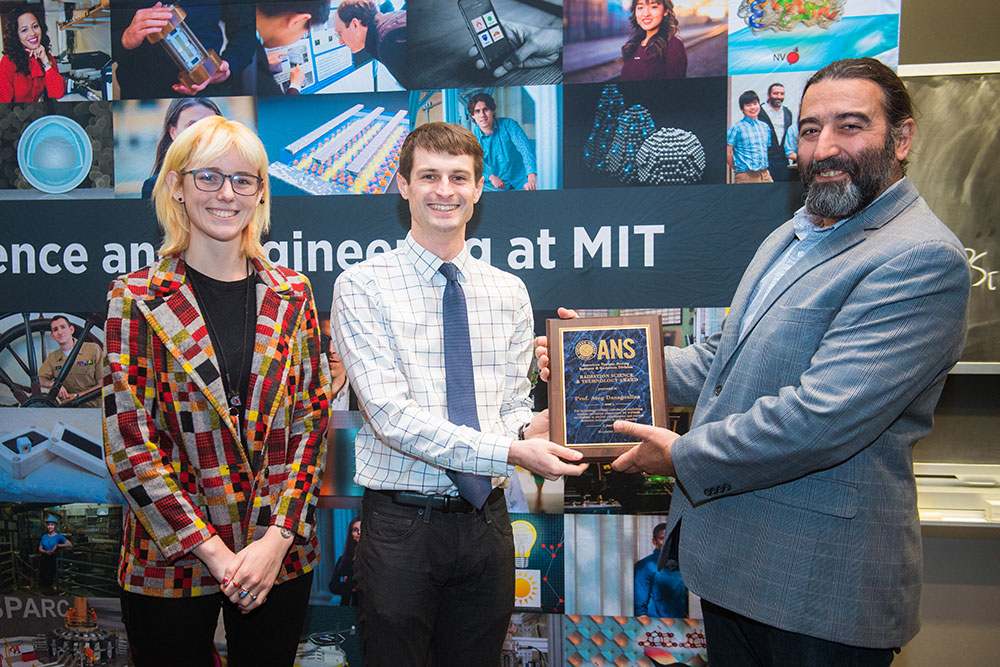 If not for an episode of soul-searching at Los Alamos National Lab, Areg Danagoulian ’99 might have remained content pummeling protons with photons and advancing experimental nuclear physics. Instead, the assistant professor of nuclear science and engineering took off on a different trajectory.

“At Los Alamos, where I worked after my doctoral research, I began learning about the scale of the problem of nuclear weapons,” he recounts. “With two children, I was newly sensitive to the issue, and began wondering if I could apply what I had learned in nuclear physics to address such urgent challenges as nuclear terrorism and accidental nuclear war.”

Since 2008, Danagoulian has committed himself to these challenges, generating new technologies that reduce nuclear security threats in the near term and that offer game-changing options in the arena of nuclear nonproliferation and treaty verification.

This work has brought significant notice. This year the Department of Energy named him as a member of its Consortium of Monitoring, Technology, and Verification. And for scientific and engineering achievements that bear important implications for the field, he was just awarded the 2019 Radiation Science and Technology Award from the American Nuclear Society.

One of Danagoulian’s key research thrusts is development of a method for verifying the authenticity of nuclear warheads. His most recent work in the area, published in the September 30, 2019 issue of Nature Communications and coauthored by nuclear science and engineering graduate student Ezra M. Engel, may open up new paths to reducing nuclear stockpiles and reaching new treaties on deployed nuclear weaponry.

“Up to now there have been no ways to verify warheads, or to verify dismantlement of warheads,” says Danagoulian. For security reasons, nuclear powers don’t let inspectors get close to their warheads, and the conventional method for offering proof of dismantlement relies on destroying weapons delivery systems—e.g., cutting wings off B-52 bombers.

And even where disarmament treaties exist, “there is an incentive to cheat and maintain an advantage,” says Danagoulian. Without the capacity to determine whether the other side’s warhead is real, or if its warhead has actually been dismantled, a nation might well view a current or future treaty as toothless.

But Danagoulian has found a technical solution to this problem. His approach uses neutron resonance transmission spectroscopy to capture a unique fingerprint of the relevant isotopes in a nuclear weapon as well as its geometry. During this process, information describing these key identifiers for a nuclear object becomes encrypted physically in a special filter. This encrypted, master version of data can be used as the basis for comparison of other warheads. If their nuclear signatures do match this template, warheads may be deemed hoaxes.

This technology offers two major advances:  First, the physical encryption, unlike a digitally stored, computational record, cannot be hacked. And second, the process around this technology makes it possible for weapons inspectors to determine the nature of a weapon without ascertaining its engineering makeup.

“This is a way to verify that something is a warhead, and find out nothing about it,” says Danagoulian. The capacity to protect proprietary nuclear weapon design while verifying the dismantlement of its treaty partner’s nuclear stockpile makes it more likely that nations will submit to inspections, and potentially, sign new treaties.

Danagoulian was born in Soviet-era Armenia, the child of two physicists. While he grew up during the Cold War, he says that most of the Soviet public didn’t perceive nuclear weapons as an existential threat.  “The Party regulated all debate, and while my own father knew a lot and discussed with me the devastating power of the bomb,  most people knew little about fallout and nuclear winter,” he recalls. “Then suddenly in the late 1980s the Soviet Union was all about peace, but no one could really say what it meant to try to prevent nuclear war.”

Smitten with math, he decided to become a physicist. After moving to the U.S. with his family in 1993, he attended first North Carolina State, then MIT as an undergraduate, where he was warmly welcomed by the nuclear physics group.

Then came doctoral studies at the University of Illinois Urbana-Champaign, where he investigated the interactions of fundamental particles, and next, his career-changing time at Los Alamos. “People there were working on nuclear detection and others on nuclear terrorism,” he says. “But not everyone shared my sense of the dangers of nuclear weapons, or the urgency to get rid of them.”

Eager to pursue technological solutions to nuclear threats where he could employ his physics expertise, Danagoulian took a job at Passport Systems, Inc. starting in 2009. Over the next five years, he helped spearhead a new process for detecting bomb-worthy nuclear materials concealed in large shipping containers. “We wanted to be able to find a tiny amount of material, maybe a two-inch cube representing a two- to three-kilogram uranium or plutonium weapon, inside a jammed 20-ton container,” he says.

The technology he helped develop finds radioactive material by subjecting a container to a beam of photons. These energetic particles catalyze fission and breakup of elements like uranium and plutonium, releasing a flood of neutrons. “If we see a sudden increase in the count of fast neutrons in our detector, we know something weird is going on inside,” he says. This technology for sniffing out radioactive weapons has been put into practice, at such sites as South Boston’s Conley terminal.

Contending with an existential threat

While bringing this technology to commercial fruition was rewarding, Danagoulian felt drawn back to academia. “I was more interested in focusing fully on research and the opportunity to work with students,” he says. Returning to MIT in 2014, he encountered an eager and engaged pool of young people.

“Today’s students, even though they didn’t grow up in the shadow of the mushroom cloud, are imaginative and curious enough to understand the scale of the problem,” he says. “Many come to MIT motivated to adopt a mission, which is more important than a good job to them.”

Danagoulian is happy for such motivated recruits, given the immensity of his cause. “We use abstract and technical language like deterrence and strategic balance to talk about these weapons, when what we’re really talking about are instruments of global genocide,” he says. “I’d like to see a world with no nuclear weapons at all.”

How to dismantle a nuclear bomb
For nuclear weapons reduction, a way to verify without revealing