Leveraging science and technology against the world’s top problems 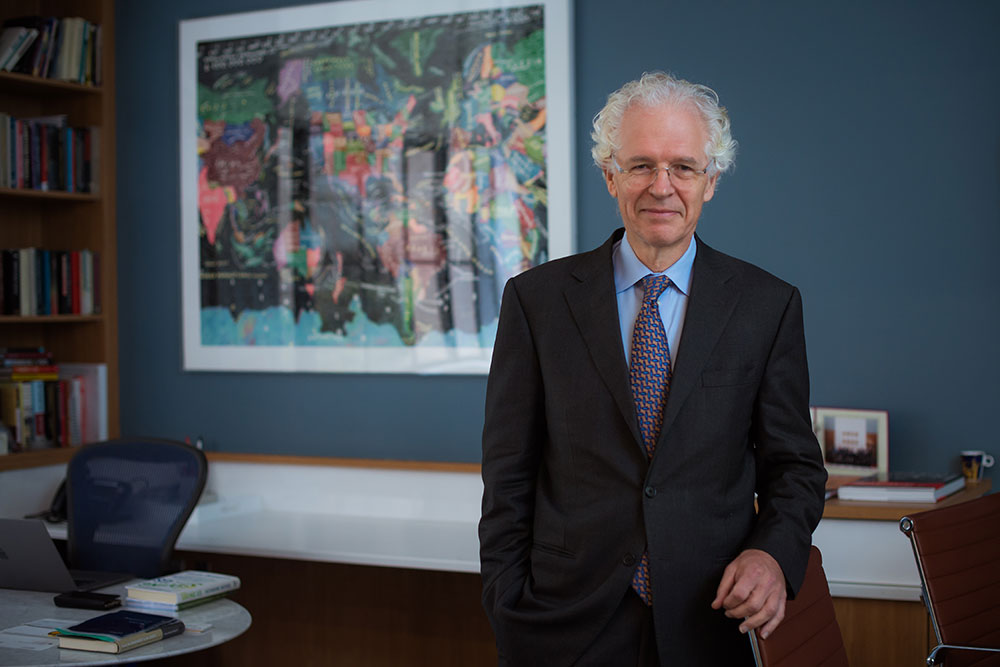 But while his path has been irregular, there has been a clearly defined through line, Lester says: the emergence of new science and new technologies, the potential of these developments to shake up the status quo and address some of society’s most consequential problems, and what the outcomes might mean for America’s place in the world.

Perhaps no assignment in Lester’s portfolio better captures this theme than the MIT Climate Grand Challenges program. Spearheaded by Lester and Maria Zuber, MIT vice president for research, and launched at the height of the pandemic in the summer of 2020, this initiative engages hundreds of faculty members to develop concrete proposals for solving “the really hard, challenging problems currently standing in the way of an effective global response to the climate emergency,” says Lester. “The focus is on those problems where progress requires developing and applying frontier knowledge in the natural and social sciences and cutting-edge technologies. This is the MIT community swinging for the fences in areas where we have a comparative advantage.”

This is a passion project for him, not least because it has mobilized colleagues from nearly all of MIT’s departments. After nearly 100 initial ideas were submitted by more than 300 faculty, twenty-seven teams have received funding to advance research in such areas as climate adaptation and resilience, carbon removal, climate policy, climate science, human impacts, and reducing emissions. Lester is sunny in the face of this extraordinarily complex problem. “This is a bottom-up effort with exciting proposals, and where the Institute is collectively committed — it’s MIT at its best.”

Nuclear to the core

This initiative carries a particular resonance for Lester, who remains deeply engaged in nuclear engineering. “The role of nuclear energy is central and will need to become even more central if we’re to succeed in addressing the climate challenge,” he says. He also acknowledges that for nuclear energy technologies — both fission and fusion — to play a vital role in decarbonizing the economy, they must not just win “in the court of public opinion, but in the marketplace,” he says. “Over the years my research has sought to elucidate what needs to be done to overcome these obstacles.”

In fact, Lester has been campaigning for much of his career for a U.S. nuclear innovation agenda, a commitment that takes on increased urgency as the contours of the climate crisis sharpen.  He argues for the rapid development and testing of nuclear technologies that can complement the renewable but intermittent energy sources of sun and wind. Whether powerful, large-scale, molten-salt-cooled reactors or small, modular, light water reactors, nuclear batteries or promising new fusion projects, U.S. energy policy must embrace nuclear innovation, says Lester, or risk losing the high-stakes race for a sustainable future.

Chancing into a discipline

Born in the English industrial city of Leeds, he grew up in a musical family and played piano, violin and then viola. “It was a big part of my life,” he says, and for a time, music beckoned as a career. He tumbled into a chemical engineering concentration at Imperial College, London, after taking a job in a chemical factory following high school. “There’s a certain randomness to life, and in my case, it’s reflected in my choice of major, which had a very large impact on my ultimate career.”

In his second year, Lester talked his way into running a small experiment in the university’s research reactor, on radiation effects in materials. “I got hooked, and began thinking of studying nuclear engineering.” But there were few graduate programs in British universities at the time. Then serendipity struck again. The instructor of Lester’s single humanities course at Imperial had previously taught at MIT, and suggested Lester take a look at the nuclear program there. “I will always be grateful to him (and, indirectly, to MIT’s Humanities program) for opening my eyes to the existence of this institution where I’ve spent my whole adult life,” says Lester.

He arrived at MIT with the notion of mitigating the harms of nuclear weapons. It was a time when the nuclear arms race “was a major existential threat in everyone’s life,” he recalls. He targeted his graduate studies on nuclear proliferation. But he also encountered an electrifying study by MIT meteorologist Jule Charney. “Professor Charney produced one of the first scientific assessments of the effects on climate of increasing CO2 concentrations in the atmosphere, with quantitative estimates that have not fundamentally changed in 40 years.”

Lester shifted directions. “I came to MIT to work on nuclear security, but stayed in the nuclear field because of the contributions that it can and must make in addressing climate change,” he says.

His path forward, Lester believed, would involve applying his science and technology expertise to critical policy problems, grounded in immediate, real-world concerns, and aiming for broad policy impacts. Even as a member of NSE, he joined with colleagues from many MIT departments to study American industrial practices and what was required to make them globally competitive, and then founded MIT’s Industrial Performance Center (IPC). Working at the IPC with interdisciplinary teams of faculty and students on the sources of productivity and innovation, his research took him to many countries at different stages of industrialization, including China, Taiwan, Japan, and Brazil.

Lester’s wide-ranging work yielded books (including the MIT Press bestseller, “Made in America”), advisory positions with governments, corporations and foundations, and unexpected collaborations. “My interests were always fairly broad, and being at MIT made it possible to team up with world-leading scholars and extraordinary students not just in nuclear engineering, but in many other fields such as political science, economics, and management,” he says.

Forging cross-disciplinary ties and bringing creative people together around a common goal proved a valuable skill as Lester stepped into positions of ever-greater responsibility at the Institute. He didn’t exactly relish the prospect of a desk job, though. “I religiously avoided administrative roles until I felt I couldn’t keep avoiding them,” he says.

Today, as associate provost, he tends to MIT’s international activities — a daunting task given increasing scrutiny of research universities’ globe-spanning research partnerships and education of foreign students. But even in the midst of these consuming chores, Lester remains devoted to his home department. “Being a nuclear engineer is a central part of my identity,” he says.

To students entering the nuclear field nearly 50 years after he did, who are understandably “eager to fix everything that seems wrong immediately,” he has a message: “Be patient. The hard things, the ones that are really worth doing, will take a long time to do.” Putting the climate crisis behind us will take two generations, Lester believes. Current students will start the job, but it will also take the efforts of their children’s generation before it is done.  “So we need you to be energetic and creative, of course, but whatever you do we also need you to be patient and to have ‘stick-to-itiveness’ — and maybe also a moral compass that our generation has lacked.”