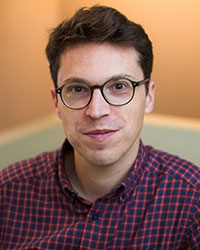 Magnetic reconnection is a ubiquitous phenomenon in nature: solar flares, magnetospheric substorms and the sawtooth and tearing instabilities in tokamaks are just a few examples of fascinating events where reconnection plays a key role. One of my research interests is in understanding the instability of the reconnection site (the “current sheet”) to the formation of multiple magnetic islands (or plasmoids). A review-style discussion of this topic can be found here:

Magnetic reconnection is fundamentally an energy conversion mechanism: energy stored in the magnetic field is channeled into particle acceleration and heating. Another ongoing research direction aims to clarify the mechanisms for energy conversion in weakly collisional plasmas, particularly the importance of linear and nonlinear phase-mixing as electron and ion heating mechanisms. These issues are discussed in the two publications below:

CONFINEMENT AND TRANSPORT IN FUSION PLASMAS

The ability to keep a fusion-temperature plasma well confined is critical to the success of the fusion programme. This is often impaired by turbulence and/or macroscopic instabilities. My research addresses both of these topics.
A key tool in these investigations is the massively parallel code Viriato developed by myself and colleagues. Viriato solves the equations of a 4D physical model known as reduced-gyrokinetics, an asymptotically exact simplification of 5D gyrokinetics. The main aspects of the code and an extensive set of benchmarks can be found here:

A complementary aspect of my research is the confinement of very energetic, fusion-born, alpha particles, which are critical to keep the plasma hot and ensure that fusion can be self-sustained. Alphas can resonate with a particular set of plasma waves (Alfvén waves), leading to their destabilization and ensuing alpha transport away from the plasma core. This issue is of particular importance to ITER, which aims to hold the first-ever burning plasma. A recent publication detailing some aspect of this work is:

In addition to the above, I have an active interest in several fundamental aspects of magnetized plasma dynamics, such as magnetic field generation and amplification, and turbulence in strongly magnetized, weakly collisional plasmas (where again simulations with Viriato play a key role). My publications on these topics (and others) can be found in my google scholar webpage.