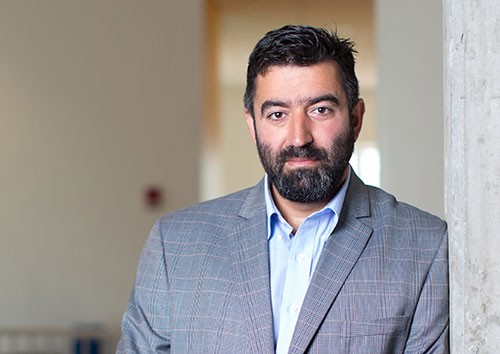 NSE’s Professor Areg Danagoulian has been selected for the prestigious IEEE/NPSS Radiation Instrumentation Early Career Award. He is cited for “contributions to the field of cargo security and active interrogation, in particular for the development of the Prompt Neutrons from Photofission (PNPF) technique in fissionable material detection.”

Professor Danagoulian is also involved in the Zero Knowledge Warhead Verification program. The objective of this program is to develop a direct warhead verification protocol that does not reveal secret information about the warhead’s design. The group employs a technique called Nuclear Resonance Fluorescence to create a profile of the composition of nuclear warheads identified for disarmament. The generated profile can then be compared to a profile created by the actual warhead for authentication without revealing information about design. Such a verification technique would enable arms reduction treaties which are much more aggressive than the current ones when it comes to dismantlement of nuclear arsenals.

Funded by the IEEE Nuclear and Plasma Sciences Society, this award is given to a young investigator in recognition of significant and innovative technical contributions to the fields of radiation instrumentation and measurement techniques for ionizing radiation.

The award will be presented at the IEEE/NPSS meeting in San Diego this coming November.