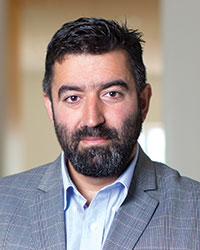 Areg Danagoulian is an Associate Professor of Nuclear Science and Engineering at MIT. He received his S.B. degree in physics from MIT. He did his PhD research in Experimental Nuclear Physics at the University of Illinois at Urbana-Champaign. His PhD thesis focused on experiments which used real Compton scattering on the proton at 2-6 GeV, allowing to probe the proton's internal structure and how it couples to external excitations. After his PhD Areg worked at Los Alamos as a postdoctoral researcher, and then as a senior scientist at Passport Systems, Inc (PSI). At PSI Areg focused on the development of Prompt Neutron from Photofission (PNPF) technique, which allows to rapidly detect shielded fissionable materials in the commercial cargo traffic. Areg’s research focuses on leveraging nuclear physics to mitigate the dangers of nuclear materials and weapons. He is currently working on new, monochromatic methodologies for cargo screening as well as technologies for treaty verification via resonant phenomena and physical cryptography.