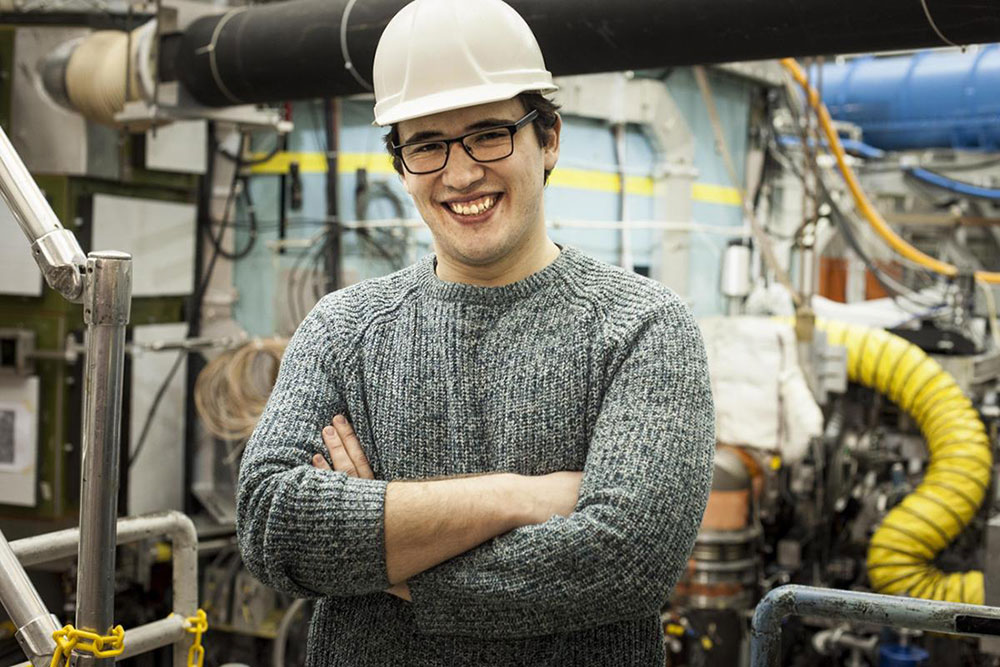 The Del Favero Thesis Prize, established in 2014 with a generous gift from alum James Del Favero (SM ’84), is awarded annually to a PhD graduate in NSE whose thesis is judged to have made the most innovative advance in our field.

ABSTRACT: Perturbative transport experiments in magnetically confined plasmas have shown, for more than 20 years, that the injection of cold pulses at the plasma edge can trigger the fast increase of core temperature. Because no single standard local transport model tried to date has been able to reproduce satisfactorily all the observed temporal behavior in the experiments, these transient transport phenomena feature prominently as an open question in the community and as a challenge for predictive capabilities in tokamak burning plasmas, such as ITER and SPARC.

For the first time after more than two decades of experimental evidence, this Thesis resolves this long-standing enigma in plasma transport, by modeling of experiments conducted on the Alcator C-Mod and DIII-D tokamaks. Predictive integrated simulations with the Trapped Gyro Landau Fluid (TGLF) quasilinear transport model demonstrate that the increase of core temperature in some regimes, and lack thereof in other regimes, can be explained by a change in dominant linear micro-instability in the plasma core. The effect of major radius, electron density and plasma current on the cold pulse are well captured by TGLF, including the relative change in position of the temperature flex point as current density changes. Linear stability analysis of simulated density and current scans in Alcator C-Mod reveals a competition between trapped electron and ion temperature gradient modes as the main driver of the core transient response. Measurements of electron density evolution during the cold-pulse propagation in DIII-D are enabled by a high time resolution density profile reflectometer. The density evolution reveals the quick propagation of a pulse from edge to core, which is the mechanism to transiently increase core temperature in low-collisionality plasmas. The work presented in this Thesis demonstrates that the existence of nonlocal heat transport phenomena is not necessary for explaining the behavior and time scales of cold-pulse experiments in tokamak plasmas.