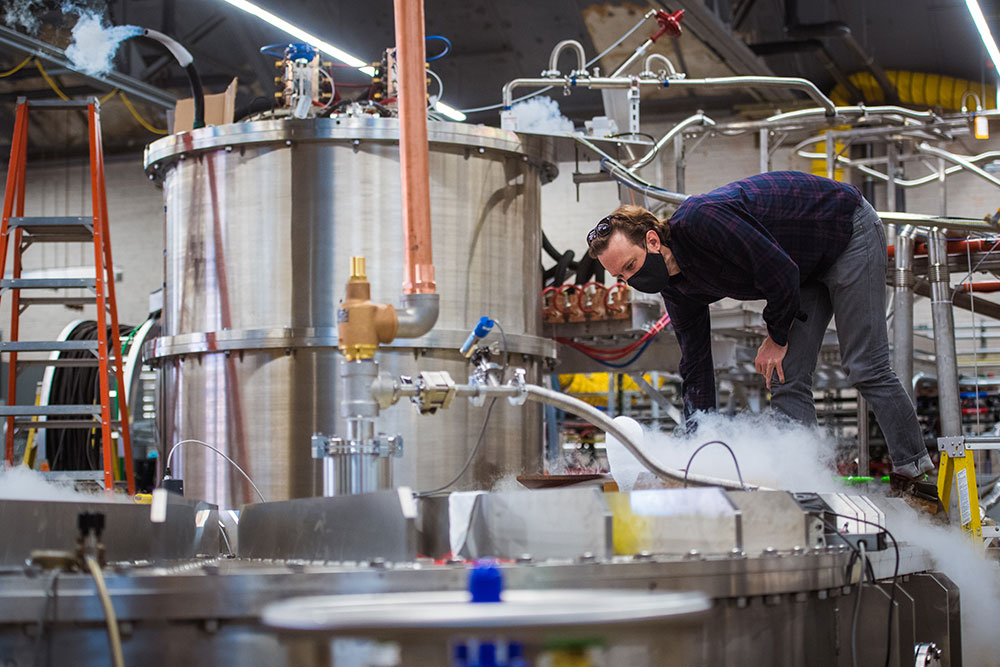 Robert N. Noyce Career Development Professor, Zach Hartwig has been selected by the Fusion Power Associates (FPA) Board of Directors as the recipient of a 2022 Excellence in Fusion Engineering Award.

An associate professor in the Department of Nuclear Science and Engineering, Hartwig is recognized for his work at MIT’s Plasma Science and Fusion Center (PSFC) in the development of high magnetic field superconducting magnet technology, based on Rare-Earth Barium Copper Oxide (REBCO), including the demonstration of a fusion-scale magnet capable of exceeding 20 tesla. The Board noted his contributions to fusion engineering related to in-situ surface diagnostics and the guidance he is providing to a new generation of fusion engineers.

From 2019 to the end of 2021 Hartwig led the Toroidal Field Model Coil (TFMC) team. PSFC Director Dennis Whyte believes he is “one of the most trusted and respected leadership voices at the PSFC.”

“Zach has excelled in every possible way and changed the course of the national fusion program and fusion energy development,” says Whyte. “But he has also done this the ‘right way’ by building trust and admiration in a wide-ranging team, most of them his seniors, through his self-less leadership.” Earlier this year Hartwig was appointed head of the PSFC Engineering Group. Newly established, the goal of the function is to provide clarity in engineering planning and execution, design, and tech work at the PSFC.

FPA Excellence in Fusion Engineering Awards have been given annually since 1987, in memory of MIT Professor David J. Rose, “to recognize persons in the relatively early part of their careers who have shown both technical accomplishment and potential to become exceptionally influential leaders in the fusion field.” Since it was established, three others from MIT have received the award: School of Engineering Distinguished Professor of Engineering and Head of the Department of Nuclear Science and Engineering, Anne White in 2014; PSFC Research Scientist Darren Garnier in 2009; and Senior Advisor to MIT’s Nuclear Research Laboratory, Lance Snead in 2001.

Hartwig will receive the award at the FPA 43rd Annual Meeting and Symposium to be held this year on December 7 and 8 in Washington DC.