In service to nuclear energy 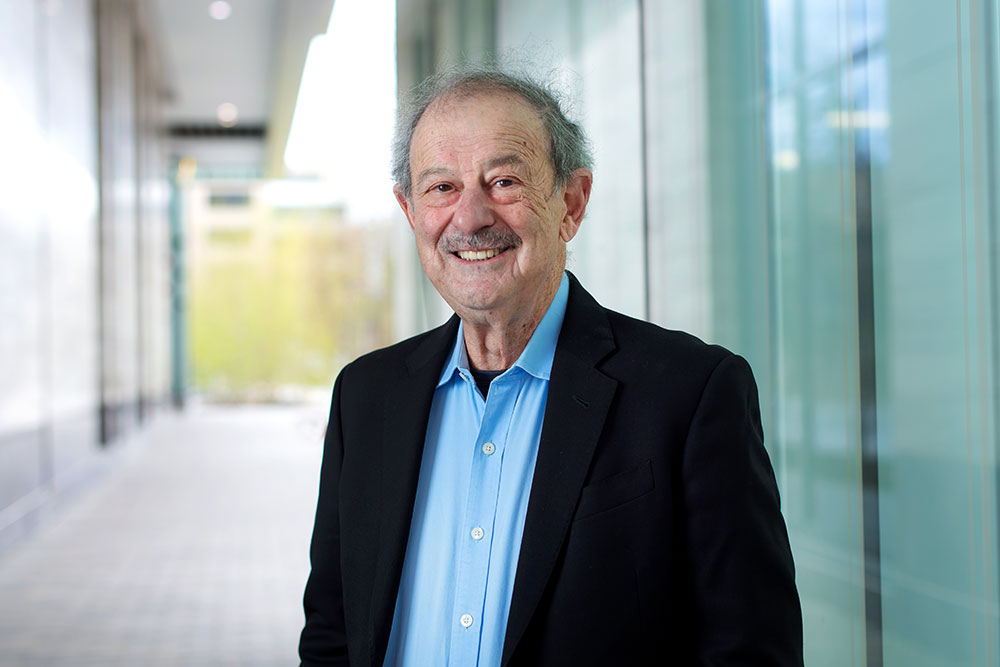 During an ROTC naval training cruise during college, Neil Todreas landed on the career to which he would devote his life.

“I had time on my hands and read a Scientific American booklet front to back that described the promise of nuclear energy for electric generation,” he recalls. “I got hooked on nuclear engineering.”

For Todreas ScD ’66, emeritus professor of nuclear science and engineering (NSE) and of mechanical engineering at MIT, this voyage marked the start of a professional life of service to the U.S. government, industry, and the Institute. His contributions to reactor design and safety, and more specifically to the field of thermal hydraulics, helped propel the first U.S. nuclear submarines and surface ships, determine operating standards for the first generation of nuclear power plants, and lay the path for advanced nuclear reactors that are emerging today.

That service is ongoing. Although Todreas officially stepped down from his MIT duties in 2006, in the last two years he has published updated editions for each of the two volumes of his text  “Nuclear Systems: Thermal Hydraulic Fundamentals Volume I and Elements of Thermal Hydraulic Design Volume II”  and now is putting the final touches on solution manuals for these texts. He co-wrote the first editions of these texts with former doctoral student, then faculty colleague and friend, Mujid S. Kazimi, who died unexpectedly in 2015. Todreas is engaged with another former student and current NSE professor, Jacopo Buongiorno, on a research project involving nuclear batteries, which Todreas describes as “small power for unique places,”

“I’ve enjoyed my career fully, and I’m still enjoying it,” says Todreas. “The best part is being involved and knowledgeable about a vital human activity: the production of energy with non-carbon emitting approaches.”

In some ways, Todreas’s timing could not have been better. He entered the field just as civilian nuclear energy was taking off, and his professional trajectory paralleled the rise of the sector. He also crossed paths with some of the field’s most notable figures.

The son of immigrants living in Beverly, Massachusetts, Todreas worked quite a bit in his father’s business, a women’s clothing store. “I got a good taste of it, and learned that I didn’t want to be in retail,” he says. He wanted to attend an engineering school at a healthy remove from the Boston area. Cornell fit the bill. Through the ROTC, he received a full fellowship, after taking the Navy exam as a high school senior.

In 1953, he entered the university’s five-year engineering program, and bitten by the nuclear bug, took Cornell’s very first courses in nuclear engineering. Following graduation, he fulfilled his obligation to the Navy. His assignment proved fateful: four years in the office of Admiral Hyman Rickover, the father of the Navy’s nuclear program.

“We were building naval submarines, surface ships, and civilian nuclear plants, and I was doing all kinds of nuclear engineering: shielding, fuel manufacture and systems design,” says Todreas. “Rickover was a tough guy who liked building things economically and on time, and he was a ferocious stickler for technical accuracy and safe design practice.” In his last 18 months with the Navy, Todreas helped develop the novel second fuel core to refuel the Shippingport Atomic Power Station in western Pennsylvania, designed and built by Rickover, the first plant to produce electricity for peacetime purposes in the U.S.

Eager to advance in nuclear engineering, though outside the Navy, Todreas decided on an advanced degree from MIT. He researched ways of optimizing the power output of light water nuclear reactors. “We wanted to come up with methods for raising reactor power and extracting as much heat as possible while avoiding raising temperatures enough to melt the reactor,” he says. “The drastic restriction on power output of reactors is a limiting condition we are still working on today.”

His graduate work served as a springboard to a position at the Atomic Energy Commission in 1966, then led by people he had worked under in Rickover’s office. “These AEC guys were superior engineers, and developing new reactor concepts for civilian use.”  Todreas headed the development of the nuclear core of the sodium-cooled fast test reactor, a kind of reactor that could safely run at high temperatures to produce electricity, and also generate new plutonium fuel that could be recycled and reused. “Here I was, a fresh graduate with a PhD, overseeing the development of a reactor Westinghouse had contracted to design and build,” he says.

While at the AEC, he taught night classes in nuclear engineering at Catholic University, and discovered he really enjoyed teaching. He also realized he missed conducting research, something his supervisory position didn’t permit. “I wanted to get my hands dirty, and really get involved in pursuing the sodium-cooled reactor.” MIT, occupied with light water research, brought him on in 1970 as an assistant professor to catalyze research in this new area.

After a decade developing promising designs for this reactor, “it became a dead end,” says Todreas. At a time when uranium fuel for light water reactors seemed inadequate, the nuclear industry had seen advantages in the sodium fast reactor’s ability to breed new fuel. “Then field surveys showed an abundance of uranium, and we would have sufficient mined fuel to make electricity,” he says. This kind of reactor proved ahead of its time, Todreas notes, since it has been revived and revamped in recent years by the Department of Energy and energy investors such as Bill Gates.

Although stymied in this area, Todreas was breaking new ground in other research domains. He laid out the concepts for new types of light water and fast reactors, for small modular reactors, and in collaboration with MIT colleagues, an offshore floating nuclear plant mounted on an oil rig platform.

This research has found its way into more than 250 publications, as well as the two-volume textbook, based on lecture notes he developed over the years for his foundational classes at MIT, for the study of reactor thermal analysis.

Nodding to this expertise, the government has recruited Todreas for significant roles over the years: He has led Nuclear Regulatory Commission panels on regulatory practice, and chaired a Department of Energy committee laying out a path for next-generation reactors.  In 1975, he was recruited to work with MIT professor Norman Rasmussen, a renowned nuclear safety expert, and to co-teach the annual MIT Nuclear Power Reactor Safety summer course, offered to an international group of nuclear engineers. (In 2020, Todreas passed the torch for this week-long class to one of his younger NSE colleagues, associate professor Emilio Baglietto.)

Peers from across the country honored Todreas in 2006, dedicating an issue of the Journal of Nuclear Engineering and Design to him for his impact on the nuclear field, noting “his technical contribution to the art and science of reactor thermal design and safety analysis.” They also remarked on his “record of tireless service,” including leading the NSE department for eight years, beginning in 1981. It was just two years after the Three Mile Island accident, and the industry and nation were shaken, recalls Todreas. “My goal was to ensure that administrators here as well as top government energy officials realized the importance of nuclear power, even though orders for new plants were reduced,” he recalls.

With more than 50 years behind him, Todreas feels “he is still going strong.” An article he coauthored with three collaborators won the 2021 Thermal Hydraulics Division Best Paper award from the American Nuclear Society, and was among the few sharing top honors at the Nuclear Reactor Thermal Hydraulics (NURETH) International Conference, held March 2022 in Brussels.

He is just as motivated, if not more, “to push for the deployment of nuclear fission power for electric energy,” he says. “You can’t beat global warming with solar and wind alone.” He views the emergence of fusion as exciting, but worries about the timeline for bringing this technology to fruition. “I would tell students just entering the discipline to work toward net-zero carbon generating sources that can be deployed and implemented on a large scale to make a difference in 20 years,” he says.

With four grandchildren, he feels “apprehension, but not resignation” about the climate crisis. “I’m not one to give up, and so I have to do my part in bringing nuclear power to the rescue in time.”