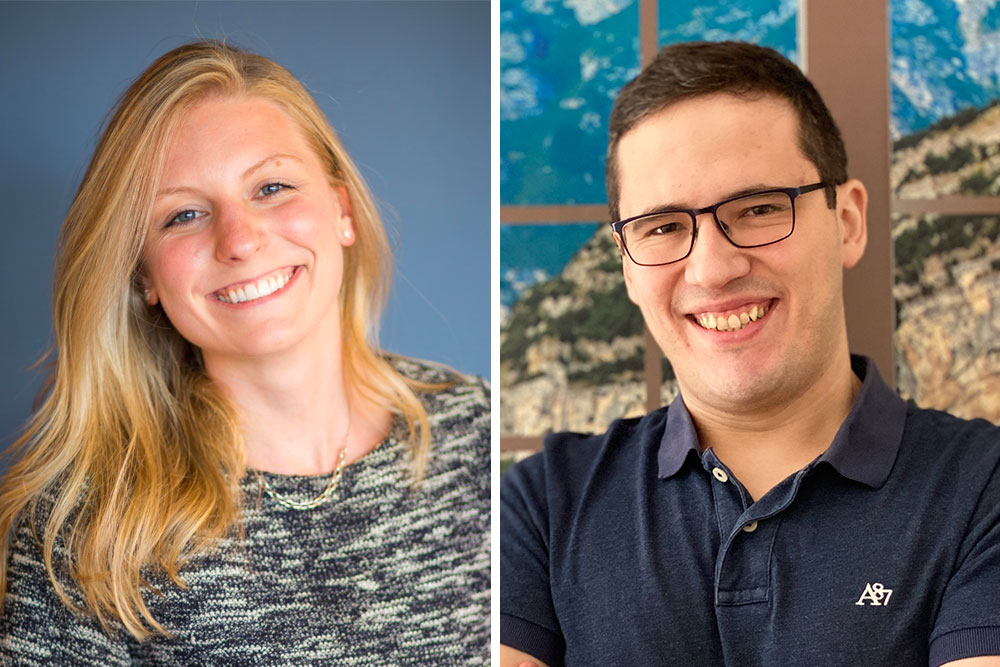 NSE alums Katia Paramonova ’13 and Pablo Rodriguez-Fernandez PhD’19 have been named to the Forbes 30 Under 30 lists for 2021.

As a 3rd generation nuclear engineer in her family, Katia Paramonova grew up with an appreciation for atoms and clean energy. While at MIT she worked with Professor Mike Short for her undergrad thesis in corrosion-resistant materials.

“NSE taught me to think in systems — (nuclear) technology, economics, and policy. But there was one challenge that I encountered time and again — the disconnects between stakeholders and how that hinders tech innovation development,” says Paramonova. Having worked in the U.S., Russia, Switzerland, India, and Ghana in nuclear, renewables, robotics, and higher education, Paramonova has seen how progress can be stunted because the right people haven’t met. She believes that more effective international collaboration, not a silver-bullet technology, is the key to mitigating climate change, and that the quality of stakeholder coordination can drastically change the outcomes.

With co-founder Yerzhan Karatayev, Paramonva has launched Centrly — a startup designed to connect cleantech startups with accelerators and potential funding sources. Centrly is on a mission to connect organizations to speed up innovation. They are building an open platform powered by graph algorithms that analyzes a vast dataset and recommends the best-matching partners for a company. They are working with accelerators to discover new startups for their programs and help those startups find the right companies for their pilot projects. They are also developing an enterprise-level open innovation platform to help corporate innovation teams manage their investment portfolio. Centrly’s first market is energywith the long-term goal of the platform being industry-agnostic.

Whle working with Professor Anne White as a graduate student, Rodriguez-Fernandez became intrigued by a fusion research mystery that had remained unsolved for 20 years: Why, under certain tokamak conditions, does cooling the edge of a fusion plasma result in the core becoming hotter?

Written by NSE and Paul Rivenberg/PSFC.