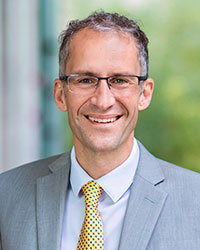 Jacopo Buongiorno is the Tokyo Electric Power Company Professor in Nuclear Engineering at the Massachusetts Institute of Technology (MIT), and the Director of Science and Technology of the MIT Nuclear Reactor Laboratory. He teaches a variety of undergraduate and graduate courses in thermo-fluids engineering and nuclear reactor engineering. Jacopo has published 90 journal articles in the areas of reactor safety and design, two-phase flow and heat transfer, and nanofluid technology. For his research work and his teaching at MIT he won several awards, among which the ANS Outstanding Teacher Award (2019), the MIT MacVicar Faculty Fellowship (2014), the ANS Landis Young Member Engineering Achievement Award (2011), the ASME Heat Transfer Best Paper Award (2008), and the ANS Mark Mills Award (2001) Jacopo is the Director of the Center for Advanced Nuclear Energy Systems (CANES). In 2016–2018 he led the MIT study on the Future of Nuclear Energy in a Carbon-Constrained World. Jacopo is a consultant for the nuclear industry in the area of reactor thermal-hydraulics, and a member of the Accrediting Board of the National Academy of Nuclear Training. He is also a member of the Secretary of Energy Advisory Board (SEAB) Space Working Group, a Fellow of the American Nuclear Society (including service on its Special Committee on Fukushima in 2011–2012), a member of the American Society of Mechanical Engineers, past member of the Naval Studies Board (2017–2019), and a participant in the Defense Science Study Group (2014–2015).

Enabled by advances in embedded intelligence and adaptive manufacturing and materials, we are developing new small, flexible, plug-and-play nuclear systems, known as Nuclear Batteries (NB). These batteries are unique in both form and function, having the potential to structurally change the very nature of energy supply and global economic competition. They are particularly well suited for a paradigm where energy source is embedded in the application. They can deliver clean, virtually unlimited electricity and heat to nano- and micro- energy grids on-site anywhere on the planet at any scale without being connected to a national grid or fuel pipeline. No other energy system paradigm can do that. They can provide energy locally for industrial processes, production of food, desalinated water, medications, synthetic fuels, and much more This sets the stage for new types of more resilient, competitive, productive, and less-resource intensive energy-industrial platforms, without many of today’s risks. NB-powered nano- and micro- energy grids can enable a more distributed, democratized, and secure energy-industrial system, delivering the increased socio-economic, health and environmental resilience that the world’s nations, small and large, sorely need.

We are conducting a multi-disciplinary assessment of the opportunities and challenges affecting the ability of nuclear energy technologies in meeting U.S. and global energy needs in a carbon-constrained world. This study is timely as the landscape and boundary conditions for nuclear have drastically changed in the past 6-8 years due to a number of contributing factors. The study started in August 2016 and will culminate with the release of a report in the Spring of 2018. For more information, including specific objectives, events, and a list of faculty, students and members of the advisory board, click here.

We are developing an offshore floating nuclear power plant concept that achieves unprecedented levels of safety. It does so through innovative design features that ensure indefinite cooling of the nuclear fuel (thus reducing the likelihood of accidents with fuel damage and radionuclide release), and eliminate the need for land evacuation, should such an accident actually occur. Both features are responsive to the new safety imperatives of a post-Fukushima world. This is a plant that can be entirely built (and decommissioned) as a floating rig in a shipyard, floated to the operating site (within 8–15 km of the coast), anchored in relatively deep water (i.e., ~100 m), and connected to the grid via an underwater transmission line. The economic potential is high, owing to efficient shipyard construction and decommissioning, and elimination of concrete structures from the plant design.
VIDEO: The Offshore Floating Nuclear Plant (OFNP) concept

Cutting edge experimental techniques are used to study the physics of two-phase flow and heat transfer phenomena, in particular nucleate boiling, Critical Heat Flux (CHF) and quenching heat transfer. The group has optimized the use of synchronized infra-red thermography, high-speed video and Particle Image Velocimetry (PIV) to obtain detailed data for temperature distribution on the boiling surface, bubble departure diameter and frequency, growth and wait times, nucleation site density, near-wall void fraction, etc.. These data can be used to inform and validate models of boiling heat transfer, CHF and quenching, including multi-phase Computational Fluid Dynamics (CFD), and specifically Interface Tracking Methods (ITM). With such methods the geometry of the vapor-liquid interface is not assumed (e.g., bullet-shaped bubbles), but actually calculated from ‘first principles’.

It is well known that boiling and quenching heat transfer depends strongly on the morphology and composition of the solid surface through which the heat transfer occurs. The relevant surface features are roughness, wettability (hydrophilicity), porosity, presence of cavities, size and shape of cavities, and thermo-physical properties of the surface material. My work has been exploring the separate effects of surface roughness, wettability and porosity on both Critical Heat Flux (CHF) and quenching heat transfer (Leidenfrost point temperature). This is made possible by the use of surfaces with engineered features (e.g. posts, coatings, nanoparticle layers) at the micro- and nano-scale, which enabled varying the surface roughness, wettability and porosity precisely and independently from each other. In fabricating the test surfaces, I work with Profs. Michael Rubner and Robert Cohen in DMSE and ChemE, respectively.

By seeding the nuclear reactor coolant with nanoparticles it is possible to enhance the rate at which energy is removed from the nuclear fuel under normal and accident conditions, thus improving the reactor’s economic and safety performance. The resulting particle-fluid system is called a ‘nanofluid’. We study the synthesis and behavior of nanofluids, including fundamentals of heat transfer, boiling phenomena and specifically the enhancement mechanisms for Critical Heat Flux (CHF) and quenching acceleration, which are relevant to the reactor application.

There are three basic designs of cold-water diving suits including wetsuits, variable volume drysuits (air-filled gap) and hot water wetsuits (circulating water from a surface supply). They either suffer from limited thermal insulation (wetsuit), limited range (hot water wetsuits) or risk of catastrophic failure (variable volume drysuits and hot water wetsuits). This project has been focusing on creating highly-insulating “artificial blubber” by improving the insulating properties of neoprene foam. We made encouraging progress towards this goal, having shown that infusing (“charging”) highly-insulating noble gases into neoprene can reduce its thermal conductivity by as much as 40%. We also showed that this improvement in thermal insulation is highly repeatable, and demonstrated the improvement for an entire wetsuit.
PODCAST: Otter alternatives to conventional wetsuits
VIDEO: Artificial blubber
VIDEO: Ultra-low Thermal-Conductivity Materials for Cold-Water Wetsuits